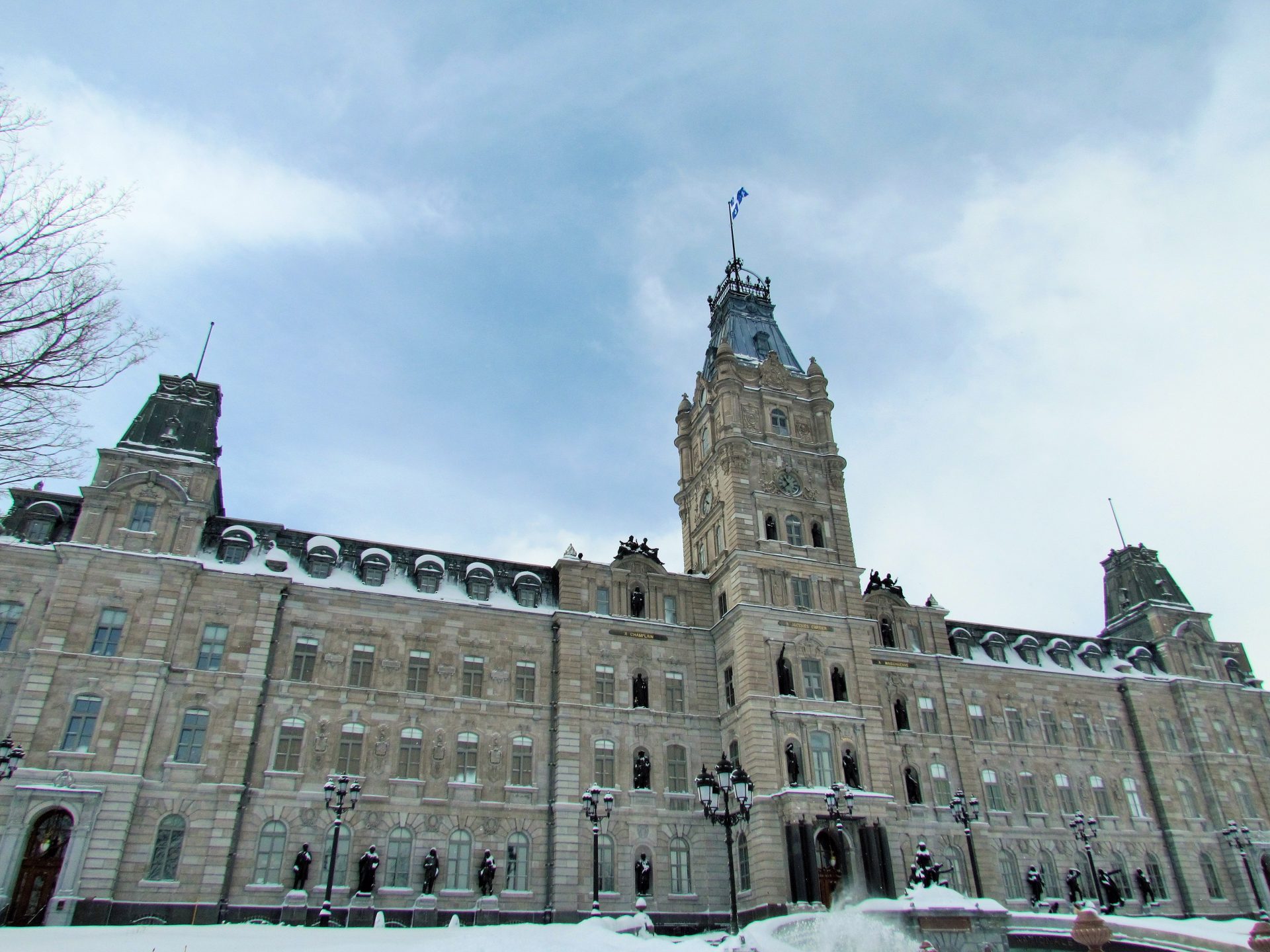 February 27
Today I have officially been on the road 100 days and have pedaled 4,086 km’s.  Initially I was planning to take advantage of a walking tour of Old Quebec City this morning that is offered through the hostel.  I woke up early enough to grab a small breakfast at Tim Horton’s down the street.  By the time I was finished and making my way back to the hostel the wind and snow were starting to do their thing.  Very quickly I concluded at $25 a night for a bed I could afford to stick around Quebec City another day. 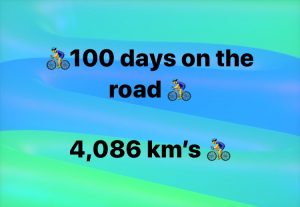 I always have more work than I can handle on my laptop on any given day.  I proceeded to work away my day.  Every once in a while taking a moment to look out the window and instantly reassuring myself of my decision to stay inside the whole day.  I stepped outside once in the evening to purchase some groceries just down the street for super.  I couldn’t believe how much snow got dumped on Quebec City.  Was a different world for sure. 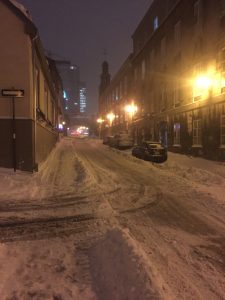 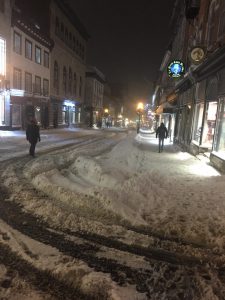 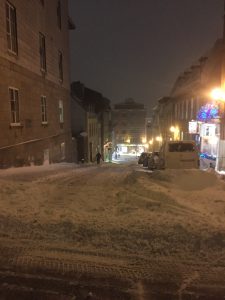 I woke up early once again to grab breakfast before the scheduled walking tour of Old Quebec.  It was cold enough outside and a lot of snow got dumped the day before.  There was 4 other people on the tour and the tour lasted 2 hours.  It was definitely worth  taking the tour to see a good piece of the city.  Upon completion of the tour I instantly proceeded to an area of Quebec City that the tour guide had pointed out but was not part of the tour.  I wanted to be efficient with my day and while I was dressed for the outdoors get my exploration of the city out of the way and finished. 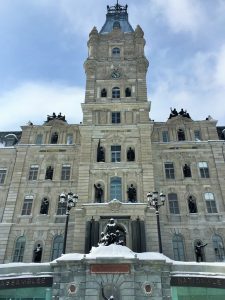 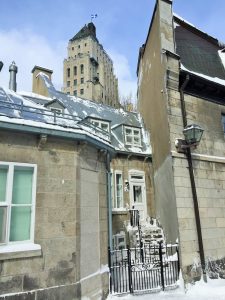 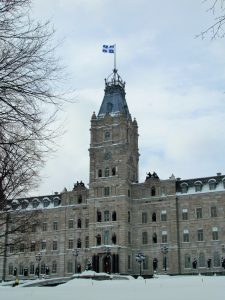 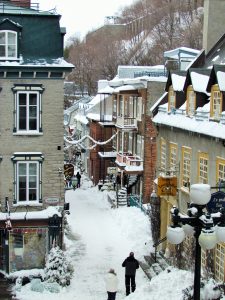 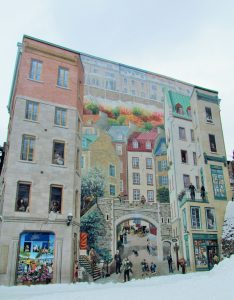 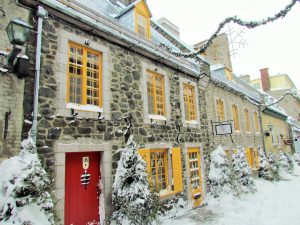 Upon completion of my interest in touring the old city I proceeded back to the hostel to edit and upload the few hundred photos that I had just finished taking in the last 3-4 hours.

I spent the evening posting photos and blog posts to over 30 Facebook groups adding approximately 100 new followers to my page.

Weather: Today was sunny and cold.  That being said I did not have far to go today and it was amazing how much snow was gone from the streets when I left the hostel.  I actually barely recognized the streets. 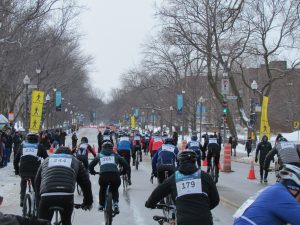 Today I was taking advantage of a Warm Showers host just on the west side of the city.  So last night I stayed up very late working and this morning was in no rush to get up or get out of the hostel.   I also got lucky with an errand that I needed to run in town that would have taken me a few hours by bike.  I needed to replace my GoPro tripod at either MEC or Best Buy.  My host had already offered to run me up there as it would be very time consuming for the short distance by bike navigating the different highways that intersected the city.

Anyways by the time I was organized, had breakfast/lunch and checked out of the hostel it was after lunch and by the time I got to my host it was mid afternoon.  With more than enough time to run over to MEC and Best Buy.

For some reason my host asked (right before I left the following day) that I not use his name in my internet postings.  It took me by surprise but I am happy to honour any hosts wishes.   Anyways he was originally from Manitoba and moved to Quebec as Defense Department scientist.  I found our conversations during my time with him quite fascinating as his perspectives are a little different with his scientific way of looking at things. 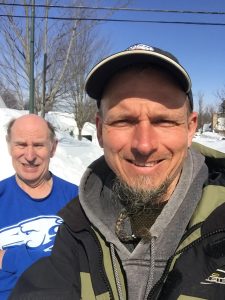 Originally connecting and planning this stop was a little frustrating with the storm from the other day.  But I am glad I was able to connect and spend the evening.  I was pretty sure it would make sense to spend the night here even though he was not that far down the road from downtown Quebec City; and it did make sense.

Weather: Today was nice and sunny and at first didn’t seem to cold, maybe -4C but when I stopped at 3:30pm about 35 km’s down the road in Donnacona for lunch both my toes and fingers were frozen.

After lunch I doubled up my socks and was good for the rest of the day.  There was a bit of a head breeze all day so progress was slow today.  As usual I worked late in the local Tim Hortons and camped in a small parking lot behind the Tim Horton’s.

Weather: I actually put heat packs in my socks in the middle of the night.  Last night I hope was the last coldest night left.  It was a low of -16C.  I don’t anticipate temperatures that cold anymore this year or in my life (I hope).  As expected I did not sleep that great. 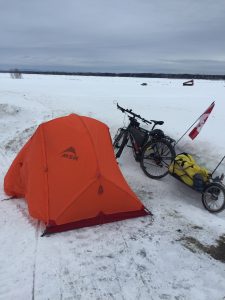 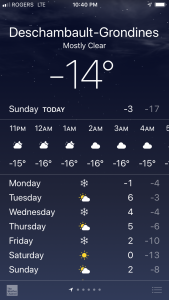 I was camped in the back corner of a small parking lot that had some truck parking.  The trucks sounded so close from inside my tent I thought a few times a truck was going to back over my tent.

Today is overcast with a low of -7C with no headwind at all.  I actually made really good time today.  I was actually thinking of putting in a 100km day with the way the day was going.  They were calling for a potential of some light rain.  When it started to drizzle as I entered Trois-Rivieres I very quickly lost any further ambitions.  With a hostel in town that was all the motivation that I needed.

In the end it didn’t really rain but there was a dusting of snow.  And in the end I am glad I checked into the hostel.  The hostel was a bit of a mess and it seemed that most things needed repairs.  But I really like the host Paul Directeur so I am really glad I stayed there.  I would go back there any day. 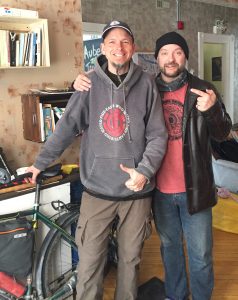 Paul Directeur host at the hostel

My Bikepack Canda podcast came out.  I worked on my laptop and listened to the podcast to 1am.  I thought my podcast was pretty good. 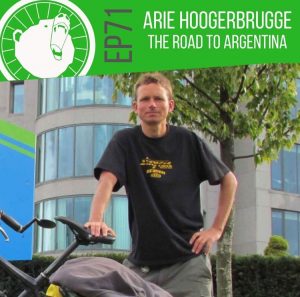 Weather: The day started out overcast and foggy.  First fog of the year for me.  I did actually see some blue sky later in the day which made me question the forecast for rain later in the evening.   Well the rain did come.  My last 20 km’s were pedaled in very light rain but got heavier in my last few kilometers.  Above freezing with no headwinds.  So a good day to be on the bike.

I got a pretty late start with getting to bed so late last night.  What’s new?  The worst part of my day was that I had to back pedal a total of 12 km’s because I forgot my bike lock at the hostel.  This is the third time I have left something behind.  No matter how careful I am not to leave things behind I don’t seem to learn.  Anyways today is a new pedal record of 108 km’s.  Montreal is about 50 km’s down the road for me. 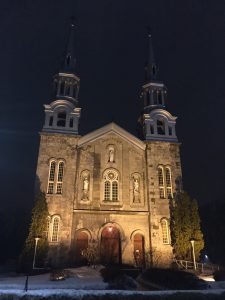 Pedaling around at 1:30am trying to find a camping spot

Weather: Today is sunny with on and off head winds.  I am definitely glad I pushed it last night.  By the time the rain stopped last night it was after 1am.  I had to pedal around a while before I found a suitable camping spot.  Everything was a little to open/exposing or the snow was too deep.  I ended up finding a perfect place down at the city park.  But by the time camp was set up and I was in my sleeping bag it was 3am. 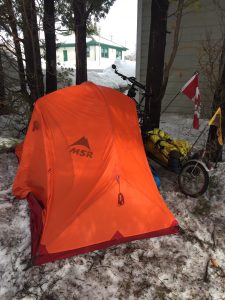 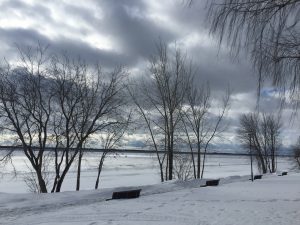 I checked into the Hi Montreal Hostel before dark.  Pedaling into Montreal and to the hostel was pretty easy and straight forward.

I had one of the most coolest experiences coming into Montreal.  Montreal has a population of 3.5 to 4 million people and as I was going through an intersection a guy on a bike yelled that he was following me on Facebook.  How crazy that I was recognized in such a big city.  It took me by such as surprise that I did not stop.  My bad!

The Montreal hostel is a little crowded and tight quarters for my liking but I will make it work.  Laundry was $6! 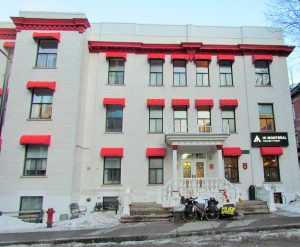 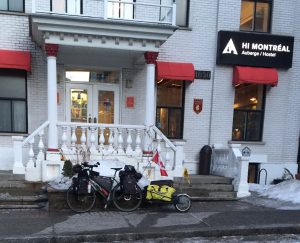