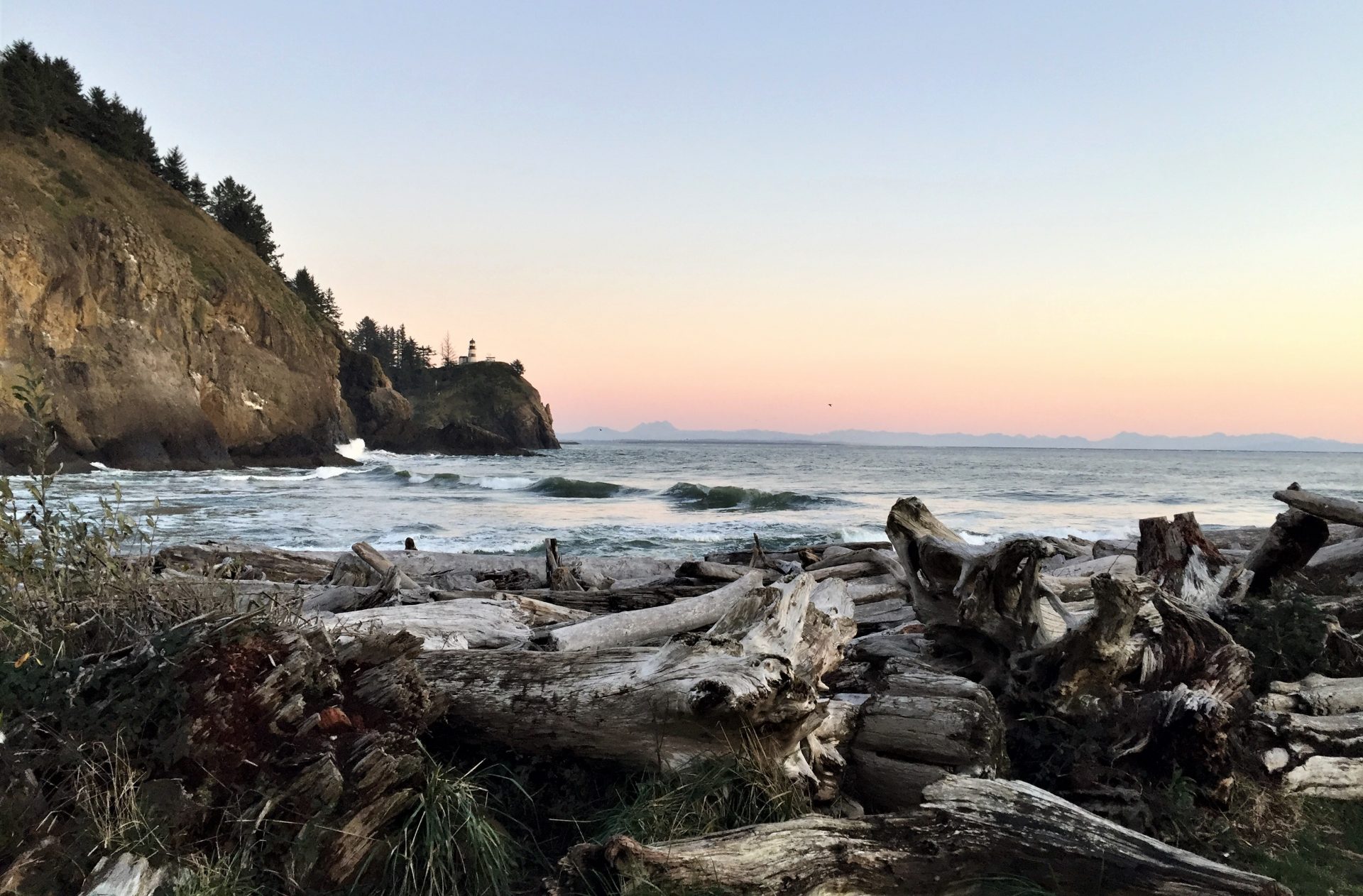 November 4 to 7
Some Notes – I ended up spending 4 nights with my hosts in Raymond.  As mentioned in the last post the gentleman that pulled over and offered me a warm bed to sleep in Aberdeen was Derush Obed (essential one & servant in Hebrew).  When Derush pulled over and gave me his address it was on a religious type pamphlet that due to the rain falling I was unable to really look at.  But I suspected that I might be in for an interesting experience, which I was. 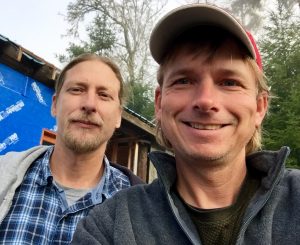 It turned out that my host(s) were a community of 30 people made up of families and single people that identified themselves as part of a much larger community called The Twelve Tribes.  Upon deeper discussion I was told they don’t identify as Christian but as Jesus Disciples.  You can find out more about this group HERE

A Google search of The Twelve Tribes might lead one to think they are some kind of cult.

My definition of a cult is when a person/group either removes section(s) or adds to the Holy Bible or their leader claims to be a prophet or messiah.  Lifestyle choices my appear cultish [but I have fairly extreme lifestyle choices.]

On a side note.  I found the Internet articles trying to suggest that The Twelve Tribes is some kind of cult very weak.

But I digress.  In the 4 days I was among these people I saw nothing to suggest that this was some kind of cult.  So I am here neither to defend or endorse The Twelve Tribes.  And for the purposes and space allotted to a blog post I will simply leave it at that.

What I will attempt to explain is the lifestyle and events that make up the members day and what I witnessed. 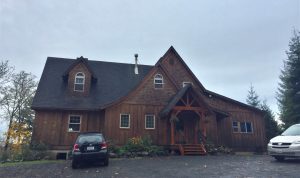 They wake up at about 6am and come together every morning at 7am for an hour of singing and dancing and a time of discussion typically revolving around biblical and spiritual convictions and thankfulness.  They never sang a song that did not involve their own unique style of dancing.  After their morning get together they have breakfast.  All meals are eaten in community.

And then a day of work proceeds.  Children are home schooled.  Woman typically dealt with meals and food preparation (ie caning, drying or freezing of food grown or raised) or animal husbandry chores (they keep chickens, goats, sheep and a cow).  Construction of more buildings on the farm for housing more families is typically done by the men.

They have no tv, smart phones or tablets.  They have 2-3 computers in an office.  There is approximately 12 kids and other then some puzzles I saw no toys at all.

Like I said the children are completely home schooled and music and art and chores fill up most of the rest of the days.  The children are very happy and very engaged and present in their day. 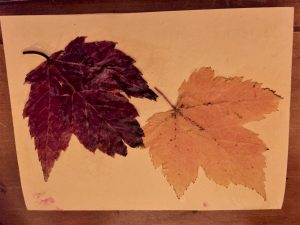 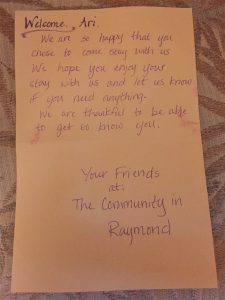 A card made by the children

They typically finish work at about 5pm and prepare for a 6pm coming together (exactly the same as the morning get together) until 7pm which is when dinner is then served. 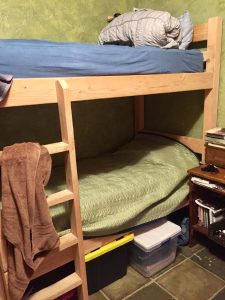 I had the bottom bunk

They don’t have personal bank cards or bank accounts because they don’t seem own any possessions. Possession simply being a distraction.  Any community expense are paid out of a single bank account.

They tend to make their money in cottage industry products (ie energy bars, baked items that they sell at markets) and they have a few fishing boats that fish up in Alaska.

Two very important and distinct observations.  From the moment that they awake to the moment they go to bed their day is simply about service to their community and God and have intentionally removed any form of distraction from their purposes.  They are about creating an altruism community.

Most Christian churches tend to glaze over many verses in the bible as being out of touch with today.  My interpretation of this community is that they take the verses of the bible very literally and do their best to interpret what it means in their everyday life and then incorporate whatever their interpretation into their lives.

There is a sense that they are oblivious to the outside world and that fact did not seem to have an adverse affect on them.  Many seemed oblivious that a presidential election was still being dragged out during my visit.

Initially I kept mentioning how do they expect their children to navigate the outside world (no computers or technology).  The response was simply that they reject the outside world and “have no interest in being in the world.”  “One simply has to look at the direction the world is going in.”  I actually couldn’t really argue with that point.  And everyone there had a roof over their head, food to eat, clothes on their back and purpose in their life.  Way more than a lot of people in the outside world.  And they were very happy.

I thoroughly enjoyed my time in their presence and as a result I ended up spending 4 days there and talked with many of the members.

Over the 4 days I was there I spent very little time on my computer or phone.  I did take a nap every day and the one day I went looking for salamanders on their property. 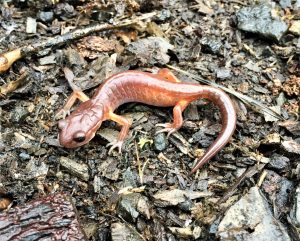 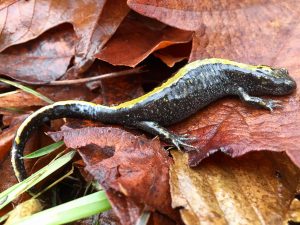 As far as experientially describing my experience.  It was one of the most unusual experiences of my life.  These people had a level of discipline, mindfulness and contentment that I could only dream of.  I am far too selfish and independent to survive such a lifestyle.  But I think if I was raised this way from a child, I might prefer such a lifestyle.  Imagine a lifestyle that naturally causes you to be present and not distracted?

They have a community in Vista California, Brazil and Argentina that I plan to visit if at all possible. 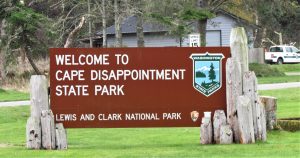 Some Notes – Cool temperatures all day but the sun was out.  Raymond looked like it would have been an interesting town to pedal through.  But I needed to make kilometers today because they are calling for rain for the rest of the week. 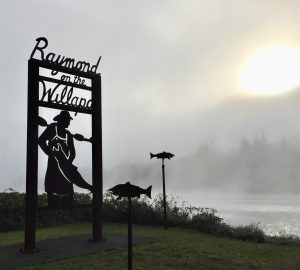 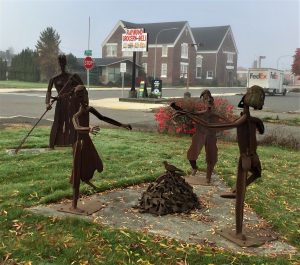 I was on the road by 9am and made it to Cape Disappointment right before dark.  I was actually pretty impressed by my distance 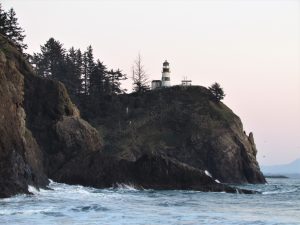 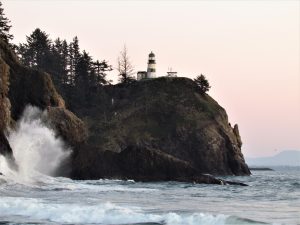 A lot of dangerous sections of highway out this way with many sections with no (road) shoulders.

Tonight I can hear the waves of the ocean crashing.  They are calling for a low of 2 tonight.  My bike brakes are burned out. 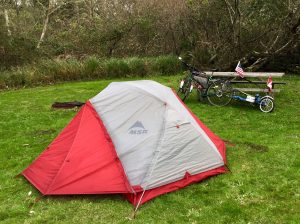 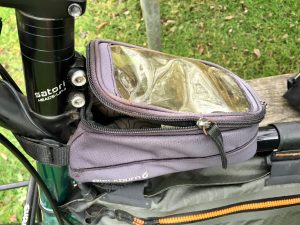 Some Notes – I spent the afternoon hiking Cape Disappointment.  It’s a good state park to visit and only $12 to camp (hiker/biker).  I took lots of photos as usual. 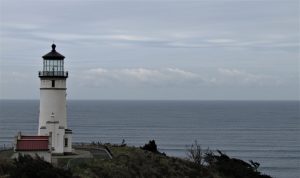 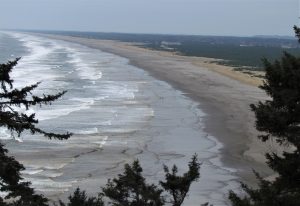 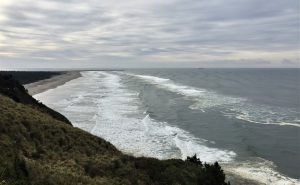 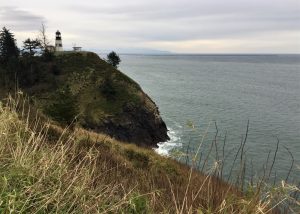 The weather was cool but no rain until it came time to set up my tent.  My tent pole connector do-hicky snapped tonight.  Have I ever complained about the MSR Elixir tent?  Because I do hate it. 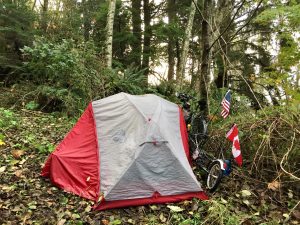 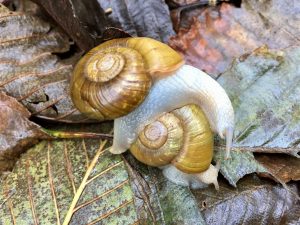 Washington Summary
I got lucky with weather and rain.  That being said I have mostly been cold during my whole time in Washington.  But I could have had a lot more rain then I did.  Without a doubt it’s a tough time of the year to bike the Washington coast.

Washington’s coast is not very bike friendly.  Many dangerous areas with no bike shoulders.  Especially the south west corner.  Washington is perhaps one of the worst areas since I started this ride.

So much forest clear cutting it is sickening.  I doubt they have much biodiversity along the coast which is criminal since the world only has 7 temperate rain forests and rain forests cover less then 2% of the earths total surface area. 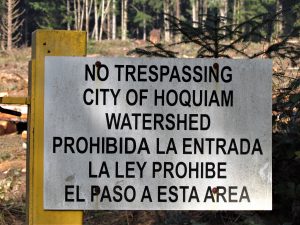 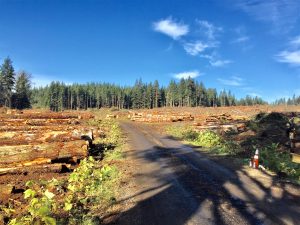 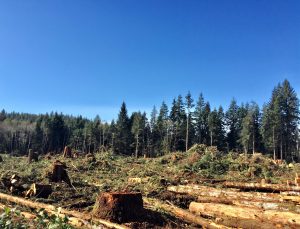 Washington also had the distinct opportunity to remind me that I am in the USA and no longer in Canada.  I only had one run in with the police about my choice of campsites.

Between Hoh Rain Forest and my host(s) in Raymond, Washington will never be forgotten. 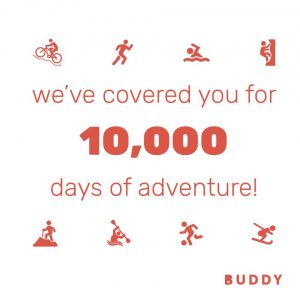 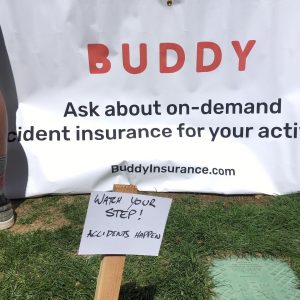 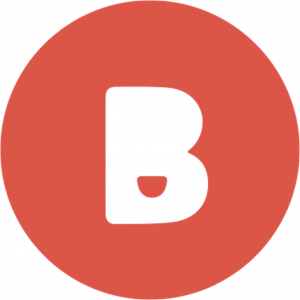