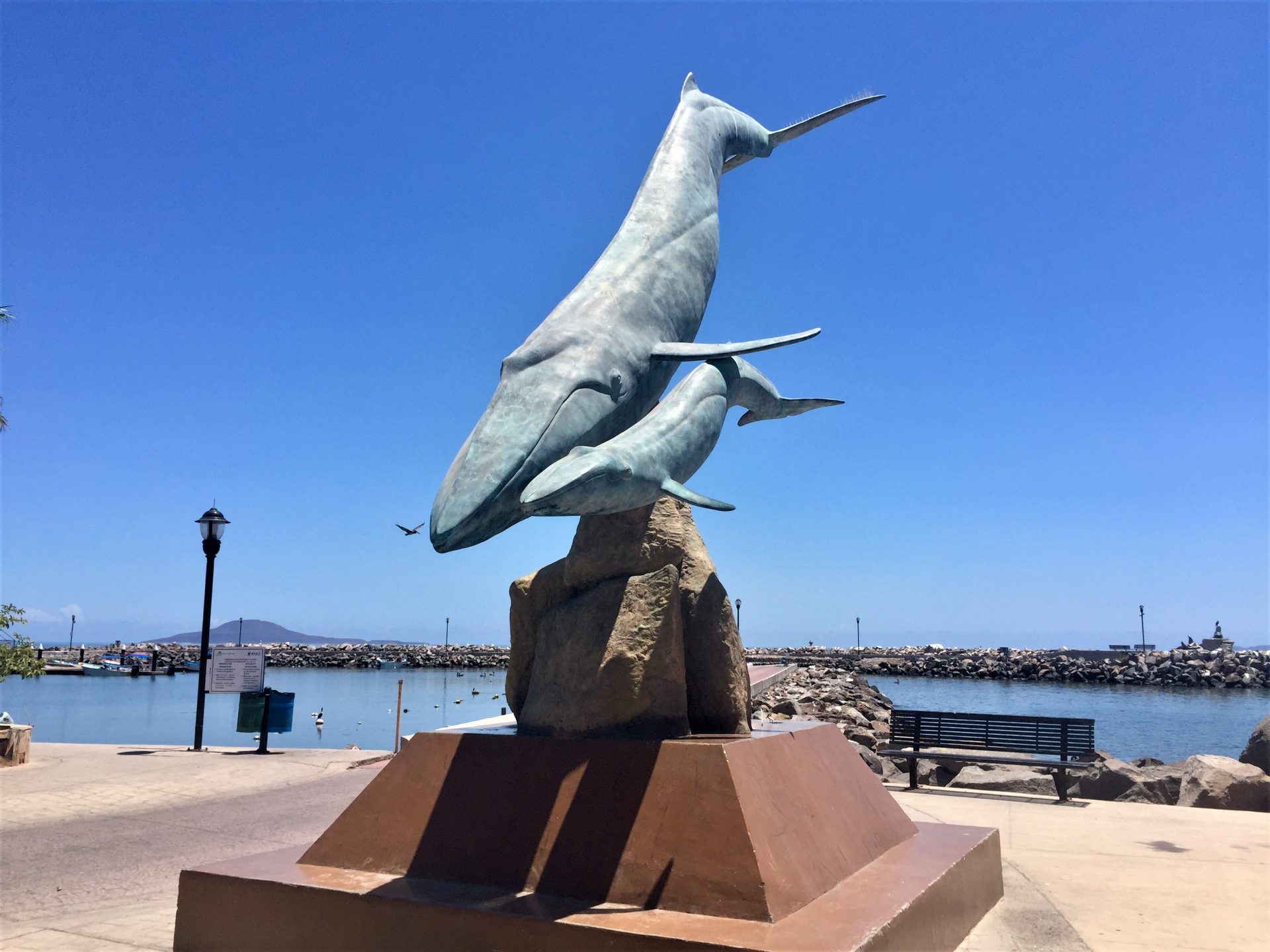 Some Notes – I knew that there was risk only sleeping on my tent foot print in the desert.  I didn’t even take my boots off and the sand was soft enough so that I didn’t even bother with my sleeping pad either.  Not that I would have ever had the energy to blow it up anyways.  At some point I needed to get up and spread my tarp over me to keep the insects (specifically mosquitoes) off me.

At one point towards early morning, I got up to pee.  As I unbuckled my belt (I didn’t have energy to even remove my belt before bed) something transferred from my belt to my hand.  I instinctively flung it and quickly grabbed my headlamp to identify what it was even though I was certain what it was.  But I couldn’t find it anywhere.  Between selling wholesale and retail and educational reptile shows I have held 1,000’s of scorpions and I know exactly what they feel like on my skin.  If there was a gun to my head and I had to bet what was on me my bet would be a scorpion.

Unlike my usual mornings I was able to sleep in (a little bit) thanks to the shade provided by a tree I slept under.  This the first tree I have had for shade from since I got to Mexico.  But I am still exhausted. 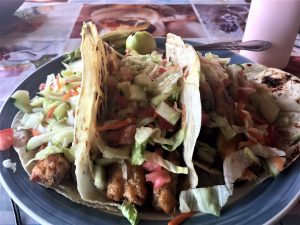 I am not sure what I am going to do in Loreto.  I discovered yesterday my lowest gears are slipping.  I am told Loreto is bigger than La Paz.  I hope they have a bike shop.  I actually should get my bike properly looked at as the last major tune up was in San Francisco. 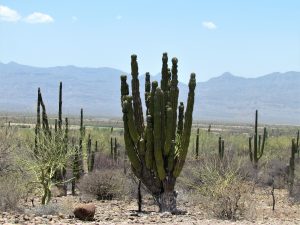 These headwinds today are so unbelievably brutal combined with my exhaustion.  And there are those moments that wind stops completely and the heat really hits you.  It’s enough to scare you.  I just want the misery to be over.  Twenty four km’s from Loreto was a military check point with a cafe.  I feel like that cafe saved my life with something cold to drink.  But then it was hill after hill after hill.  It seemed like it would never end.  I am so exhausted. 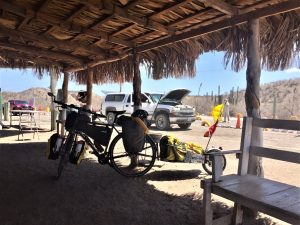 It turns out Loreto is kind of expensive (as the whole of Baja is).  I tried to bargain 2 nights for $800 pesos with a hotel that looked like they would go for it.  They wanted $500 pesos per night.  I ended up finding a pretty fancy hostel called Hostal Cassas Loreto.  They were $700 a night.  I let the owner sell me on $500 a night.  I was exhausted and I did like the guy.  He took a lot of pride in his establishment.  Though I am a little perturbed with myself for spending this kind of money.  The luxury while nice has never been important to me at all.  I sleep in the dirt just fine.  Mexicali and Guerrero Negro were both $400 pesos a night.  I wonder if I will every get to a point in life where I don’t freak out about spending an extra $5 ($100 pesos). 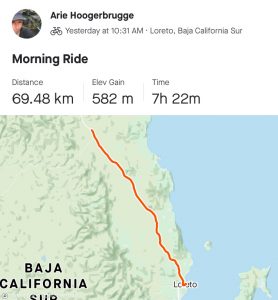 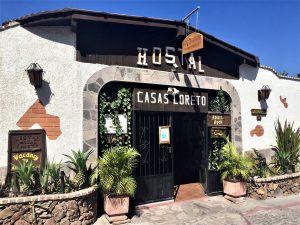 June 29
Some Notes – A long with my lower gears slipping I measured my bike chain to discover that it all needs replacing.  Perhaps this why my gears are slipping.  There is a bike shop in town.  So, first thing I did this morning was drop it off.  I may be here an extra day than planned.

June 30
Some Notes – I had plans to be productive today.  But some how most of the day got away from me.

I wrote most of my bike review on the Baja.  I also picked up my bike.  A total cleaning, adjustments and a new chain was only $700 pesos ($35 USD).  Probably my cheapest bike repair bill ever for the work.

I did some quick calculations on costs of biking in Mexico.  So far I am spending more down here than in the US.  This is very frustrating to me.  This would be largely in part how much liquids I drink in a day.  I suspect my avg day is $10 on food between 2 meals and then almost $8 on liquids between water, Gatorade, orange juice and coke.  Probably close to 5 litres of combined liquids are consumed a day.  Liquids can be expensive because in isolated areas you pay a premium or larger bottles of water are not available.  Anyways I knew Mexico was getting expensive.  I just didn’t realize how expensive.  I need to get off the Baja quick time.

I don’t seem to have problems sleeping in my tent during the night as I am often exhausted by the heat and headwinds by the end of the day.  But I have slept pretty crappy for the most part here at the most luxurious hotel I have just about ever slept at.  Even with a nice comfortable bed and A/C.  I just lie awake looking at the ceiling.  I find myself feeling more and more disconnected from reality and the world around me to be sleeping the way normal people sleep.  I can’t explain it.  I also feel very lazy and unmotivated when there is so much work I could do on my computer.  While I enjoy my ride (when not in the heat) so much of my time is wondering what is the point of anything?  How much and often has ambition lead a person down a path of destruction?  And getting to an age where it seems like all that has been accomplished is a lifetime of mistakes but still at the same time one continues down the same path being the same person. 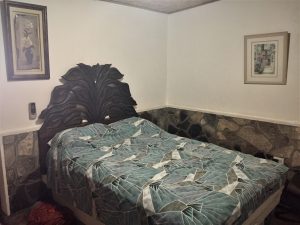 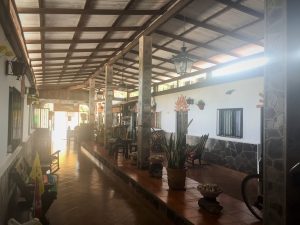 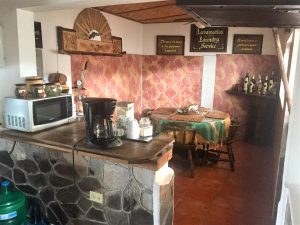 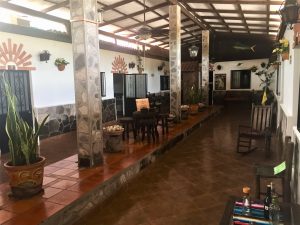 Such a life changing experience that I am on yet I am aware of how little I am changed over a year and half later.  How easy it is to say change this or that when at the end of the day you are still who you are.  I am so lazy.  I was lazy at Guerrero Negro, I have lazy here in Loreto mostly watching TV but I did manage to write a short blog post on the Boojum tree.

Interestingly I have not experienced any swelling of my legs during my current stay.  I posted to Facebook about trying to get a doctor’s opinion on my legs swelling in both Mexicali and NG when working at my computer for a few days straight.  But no swelling here in Loreto? 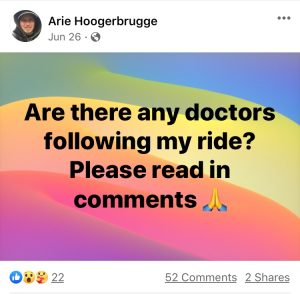