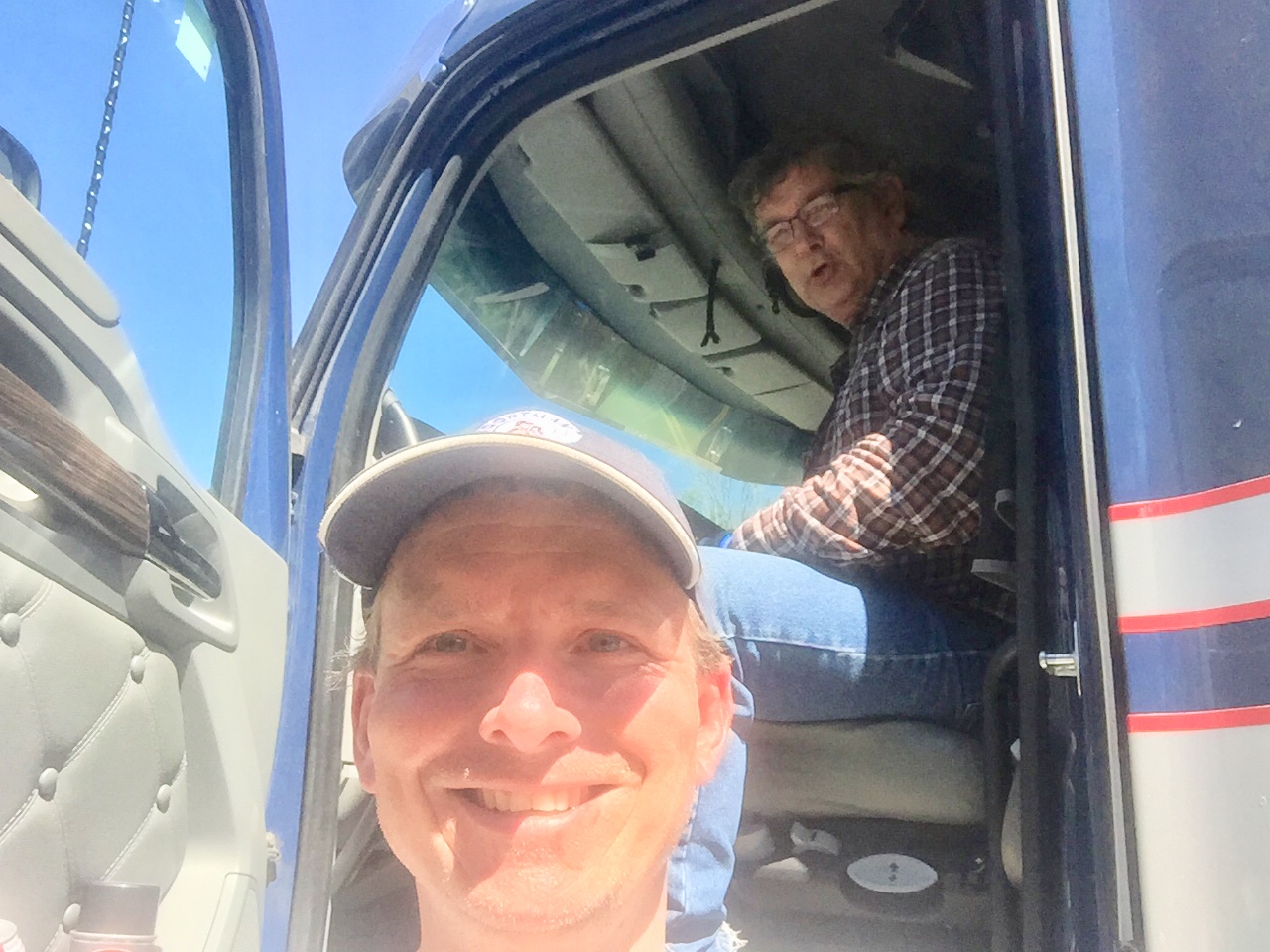 John was a co-worker/driver at Voortman Cookies where I worked until I started on this bike ride.  John had called me a few days earlier on my birthday.  Quickly in the conversation we realized that there was the slightest chance of crossing paths.

How crazy that it was that we where able to connect and cross paths just a little north of Tweed near Hwy 7.  I really enjoyed the opportunity to connect with a familiar face.

John has since moved on to another trucking company as Voortmans was sold and no longer has a trucking fleet. 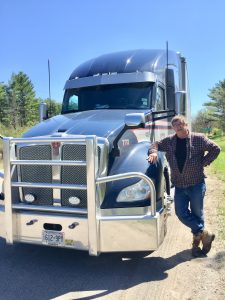 John and his new truck