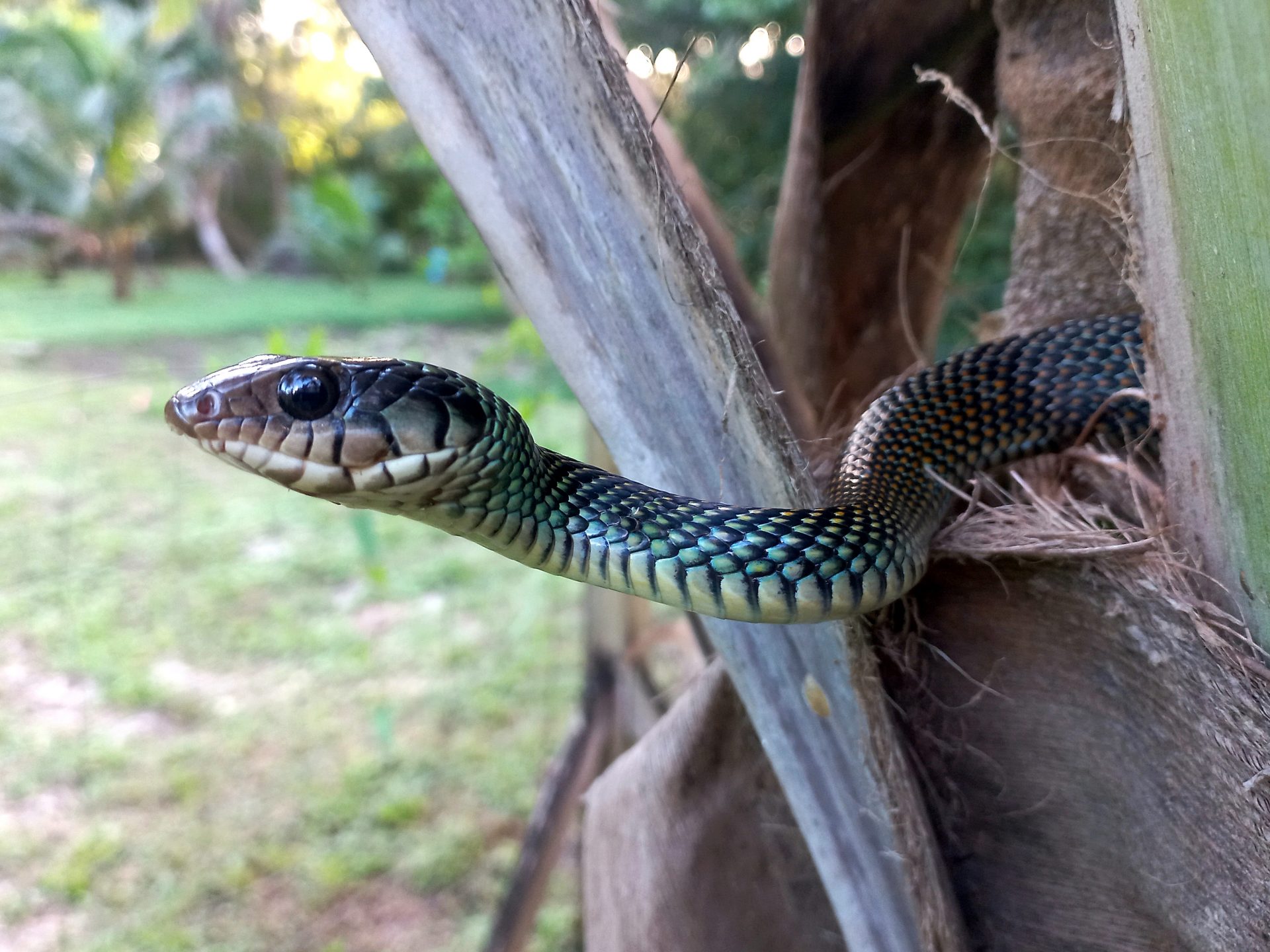 February 19
Life in the jungle: I slept in until 7 am.  I spent a few hours working at the ponds.  After breakfast I weed wacked some areas around the house that were getting overdue.  I came across a pair of mating green headed vine snakes on my garbage pile.  I was pretty exhausted after that and could have easily slept in the hammock the rest of the afternoon. 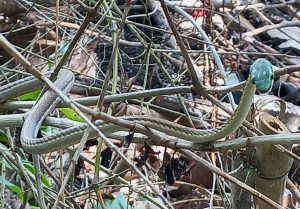 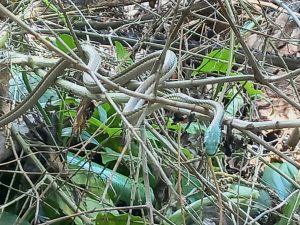 The water pump is not working again this morning.  This afternoon I went to the gas station for a gallon of gas for the weed whacker and chainsaw.  I thought I would be to exhausted to do anything more today but I went out into the coconut field to do some work until dark.  No rain.  I think the dry is on. 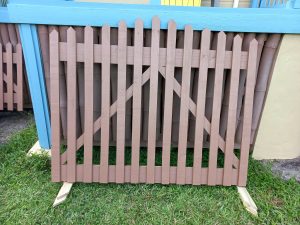 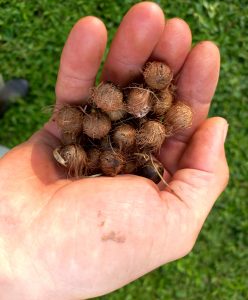 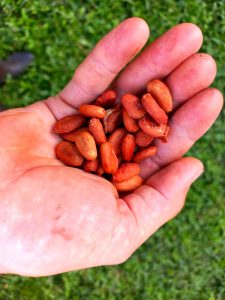 February 21
Life in the jungle: My day involved starting my day working at the ponds, painting gates going for groceries 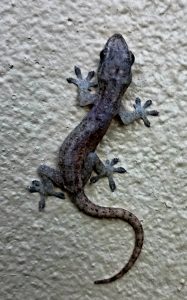 February 22
Life in the jungle: I started my morning working at the ponds, I took a small nap, painted gates and then I did some chopping in the coconut field.  My excitement for the day was that I caught a Tropical Speckled Racer snake.  A reasonably common snake around the farm but not so easy to catch because of how fast they are. 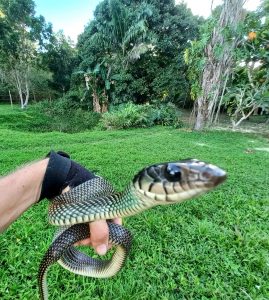 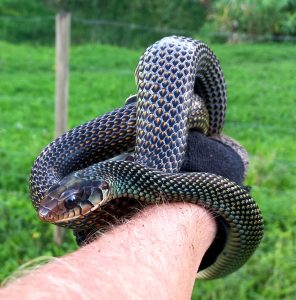 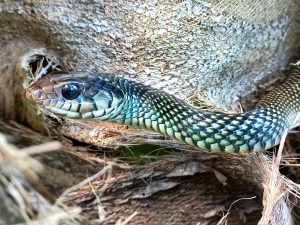 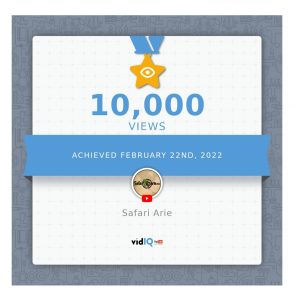 February 23
Life in the jungle: This morning was a trip to the city.  I met with my lawyer to deal with my business license that my ex-property managers continue to hold hostage on me.  My lawyer finally spoke to Jack about business license.  Jack is upset about “his friend” the lawyer helping me.  But it’s hard not to help me when Jack is being a jack-ass.

This morning I got an Airbnb guest booking for tomorrow.  I spent the afternoon draining rain water off the road.

February 24
Life in the jungle: I actually forgot to set my alarm last night so I slept in.  I did house work in preparation for my guest arrival.  I then did yard work and went through a tank of gas with the chainsaw behind the house and then chopped until dark.

February 25
Life in the jungle: I slept in this morning as to not disturb the guest.  When I did get up I did some yard work.   At 10:40 am I knocked on the guy’s door.  I thought anyone still in bed at that hour must surely be dead.  I really thought he was dead.  But he was alive.

He had plans to go to Belize City.  I told him right before he left make sure one of your (car) wheels is running down the center of the road in the bad spots.  He decided to drive in the ruts because 20 minutes later he walked through the door saying that his oil light was on and oil all over the road.  I called Derrick and we met at the car.  Very lucky for my guest he only damaged the oil filter.  His rental car was from Mexico.  Things could have been a million times worse but Derrick did have to take him to the city as the local gas station did not have the right style of oil filter.  So, most of my day was a right off.  I did a laundry and got groceries.

February 26
Life in the jungle: This morning I chopped in the coconut field.  After breakfast I burned 3 brush piles in the coconut field.  Fires scare me a little since my incident in Arizona.  My only fire incident was a log wood tree branches and termite nest caught fire up in the tree because of the wind.  I also cut down 2 wild grape trees.  I was exhausted and sore by the end of the day. 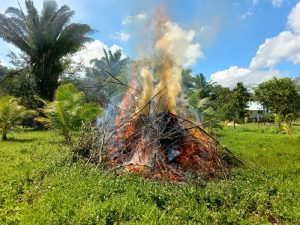 Burning brush in the coconut field

February 27
Life in the jungle: This morning I chopped behind the house as my guest was leaving this morning for Guatemala.  After he left I took an extended break on the hammock.  Today was one of the hotter days here.  In the afternoon I painted some deck tables.  I then cleaned up cut down brush behind the house until dark. 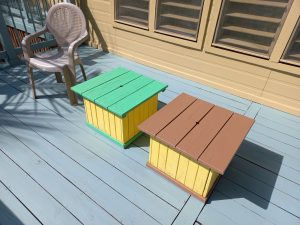 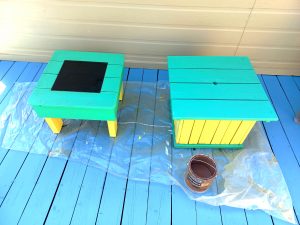 Painting over that horrible aqua green

February 28
Life in the jungle: This morning I weed whacked at the ponds.  Later Nery delivered 165 pieces of 4ft 1”x5” Cabbage wood.  Cabbage wood is what they call the outer wood/lumber they take from the Royal Palm tree.  I plan to use the Cabbage wood for the outer skirting of my deck.  Right now there is bamboo, but that bamboo is rotting and attracts termites. 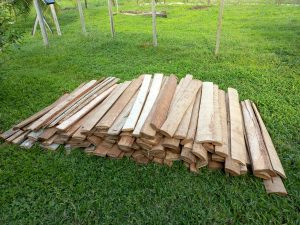 During my last trip to the city, I bought a Soursop fruit for the purpose of extracting seeds.  I cut open my Soursop to try the fruit.  It is really, really good. 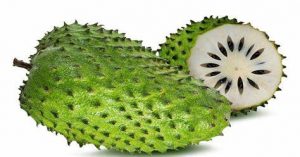 Soursop fruit.  The size of a good sized melon.  Just a different shape.

This afternoon I made 2 trips to the hardware store for groceries, soil, plant bags and the second trip for 6 8ft 1×4 lumber for the framing of the Cabbage wood around the deck.  I came across 3 mud turtles on the road during my trips. I went to bed late extracting Soursop seeds from this huge fruit. 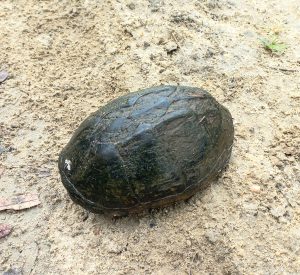 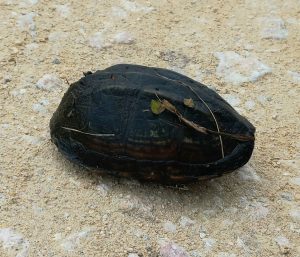 March 1
Life in the jungle: I weed wacked my yard in preparation to expand my seed bag operation and to clean the area to install the Cabbage wood that arrived yesterday.  I ended up making 3 separate trips to the hardware store for potting dirt and was able to bag 180 soursop seeds.  At the end of the day, I did a quick walk through my coconut field and estimated that I could potentially plant 420 soursop trees. 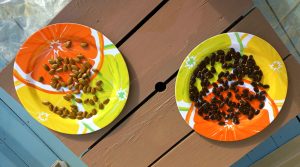 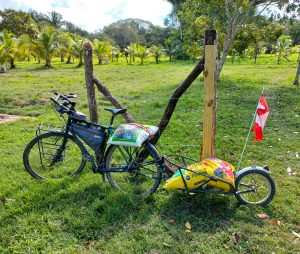 Loads of seeds and dirt 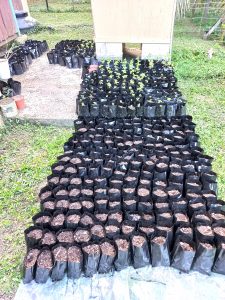 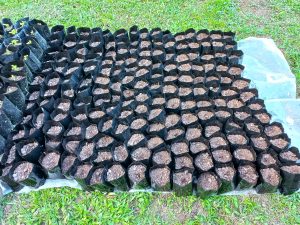 Loads of seed bags full of dirt and seeds

March 2
Life in the jungle: It rained through the night all the way until morning so I slept in.  The only thing is, I thought we were in “the dry” and didn’t expect rain for a few months.

When I finally got my butt in gear, I biked to the hardware store for more dirt.  It was a slow ride down our now very muddy road.  After breakfast I took a nap in the hammock.  The overcast skies had me pretty sleepy.  I bagged my last 24 soursop seeds.  I then made another (slow) ride to the hardware store for more dirt.  I was able to get 50 Indian lime seeds bagged just before dark.

March 3
Life in the jungle: This morning I chopped the coconut field.   After breakfast I took a nap.  I must be getting old.  In the afternoon I did some chainsaw work at the ponds and then I chopped and chainsaw work on the river lot (behind the house).

Jill came over and said that the electric bill is sitting at $250 USD.  Sorry for her problems.

March 4
Life in the jungle:  I started my morning by sleeping in.  I need to start going to bed earlier.  When I did get moving, I cleaned up cut down trees that I cut down at the ponds yesterday. I spent the rest of the day installing new framing for the cabbage wood that will replace the wrap around bamboo lattice work. I had to make a run to the hardware store for more 1×4’s. 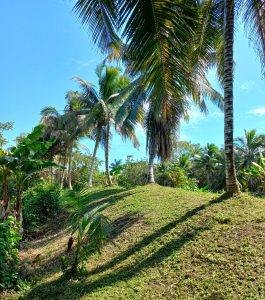 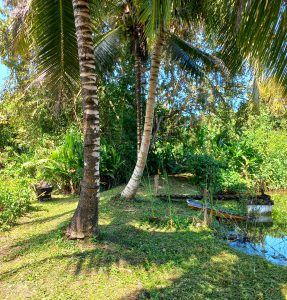