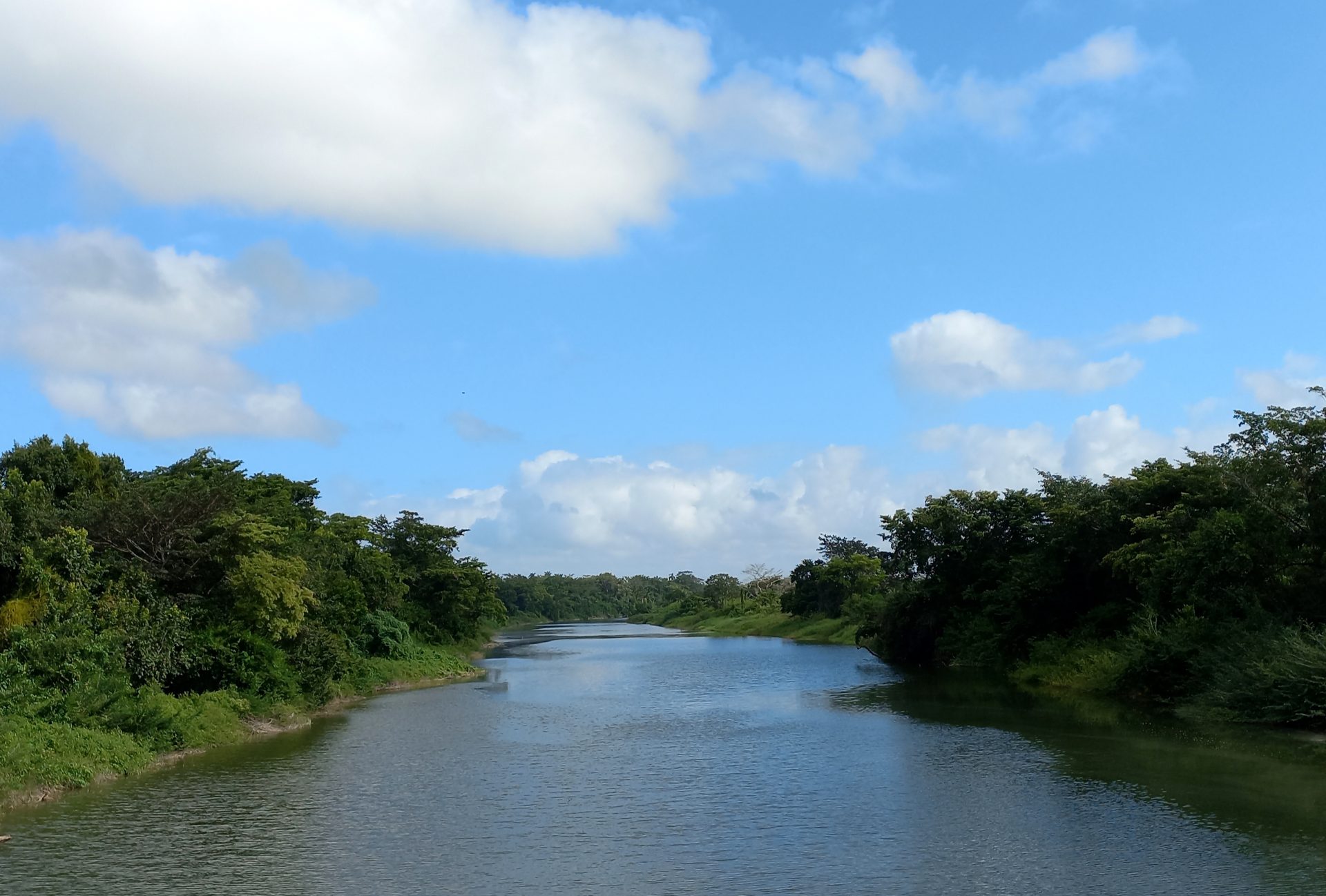 Life in the jungle: After doing a laundry first thing Heath and I biked 20 km’s to Rancho Delores to visit the farm Nery has worked at for the last 20 years.  They grow like 9 types of bamboo.  The bamboo is grown mostly for furniture but they don’t sell much.  The owner is a rich American that doesn’t care if anything sells or doesn’t.  It was an interesting and educational visit.  I got a lift back while Heath biked back to the house.  I had to buy 4 rolls of barbed wire with Nery that he is hoping to string up on Sunday.  And Nery was coming back to the house to do more fence line work. 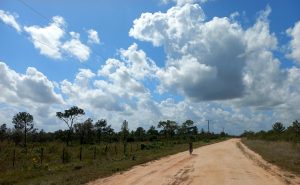 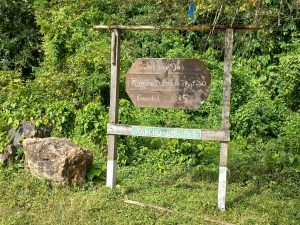 On the way to Rancho Delores 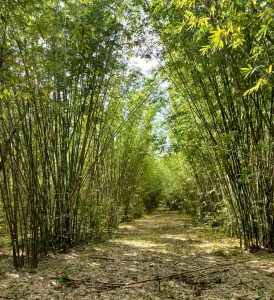 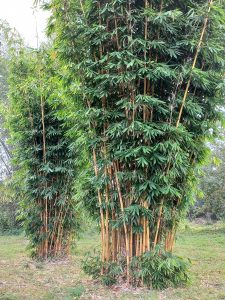 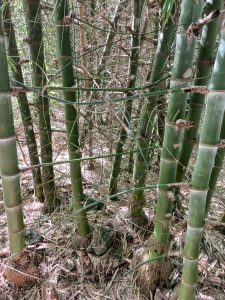 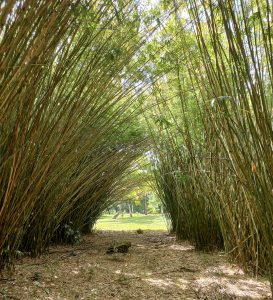 At 4 pm Jill came out yelling and swearing again that how dare we run a chainsaw on a farm at 4 pm.  I am starting to seriously lose my patience with having her as my neighbor.  I ended up chopping behind my house for about 2 hours afterwards to release the pent-up anger Jill is causing. 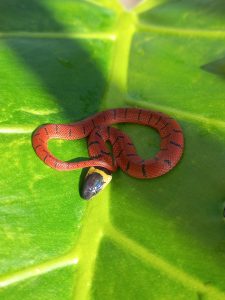 Heath left this morning for Mexico.  So, I spent a good part of the afternoon house cleaning.   We had a torrential rain shower this afternoon.   This kind of sucked because the road was drying nicely.   This will also delay getting the 100 more posts that I need.  [Because of regular down pours every 2 weeks I would have to wait until April for more posts.]  Thankfully no drama from Jill today. 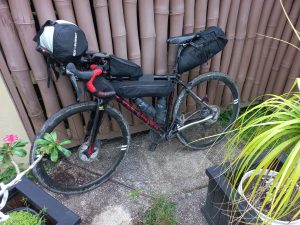 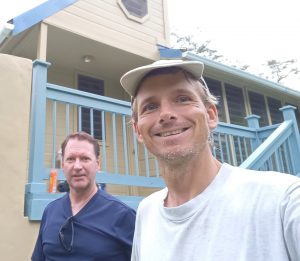 Heath and his bike are on their way to Mexico

February 6
Life in the jungle: An overcast day all day but the rain held off.  Nery showed up with a nephew to string barb wire on the posts that he stuck in the ground.  3/4 of the house lot is completed (posts and barbed wire)and just over a 1/3 of the coconut field is completed.  It could be a few weeks before Nery returns as we are out of posts.  I ordered 140 more posts but the rain shower the other day means collecting and delivering posts is impossible until things dry. 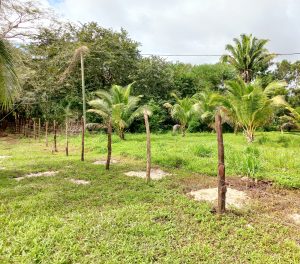 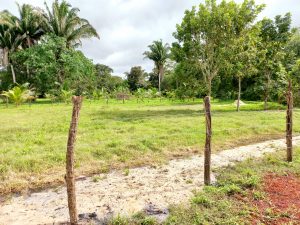 I am not going to say it was one of my more productive days but it is what it is.  I did some chopping, mostly in the coconut field and I calculated how many more posts I need.  I also did some rough cutting of the lumber that I plan to use for my new front gate.  Nery said I can use his miter saw for the finished cuts for my gate. 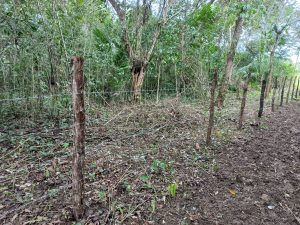 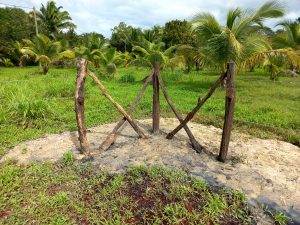 February 7
Life in the jungle: Probably my least hectic city trip so far.  I mostly needed to hit the bank as I go through money like it’s going out of style.  And I needed to hit the hardware store mostly for supplies to make my new fence gates.

Getting back to the farm I biked some 1×3 lumber up to Nery’s as he said that I could use his miter saw for some cuts.  I had the lumber for one gate but I had to run to the store for more lumber for the second gate.  Nery gave me some Cocoa seeds.  By the time I left Nery it was dark.  When I got home the power was out.  Apparently, there was a country wide power outage.  At one point I could hear Jill yelling and swearing (at nothing).  I am certain she is going nuts. 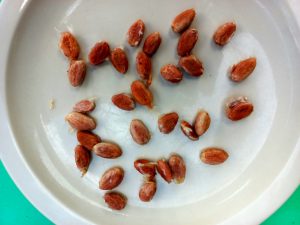 February 8
Life in the jungle: In the morning I chopped at the ponds.  Later on, I had a talk with my lawyer about business license.  I then picked up “cut” lumber that I left at Nery’s last night.  I then picked up more lumber at hardware store.  I then got stuck in the rain on the way home.  That ended my day

February 9
Life in the jungle: As usual I started my morning chopping at the ponds.  After breakfast I spent the rest of the day building 2 gates.  The weather was perfect 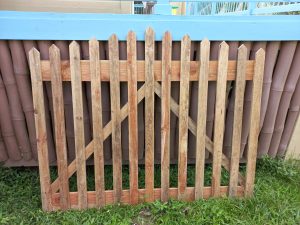 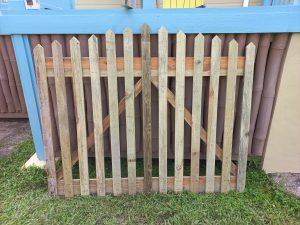 February 10
Life in the jungle: A visit to Belize City today.  The main purpose was to pay Belize Tourism Board (BTB) taxes, deposit money to the lawyer and pick up a can of paint to paint my newly built gates.  It was not a very hectic day in the city but it did take almost an hour to get a can of paint because the girl was new at trying to match my required color shade.

February 11
Life in the jungle: My day did not go as planned.  I started my day chopping at the ponds.  I actually finished the first preliminary chopping of the far mound.  Now I have the long and hard task of properly clearing the mound of chopped brush and coconut tree debris.  After breakfast I ended up taking an extended break on my hammock.  I was too exhausted to get out of my hammock.  I was planning to paint my new gates except the clouds in the sky suggested that painting was not a good idea to paint.  It would actually rain for about 25 minutes later in the day. 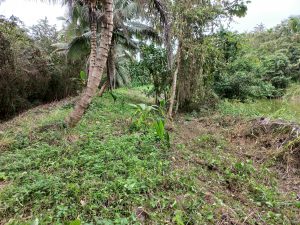 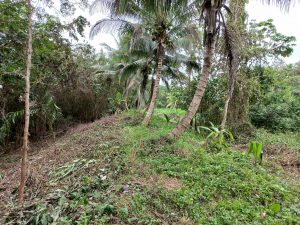 Choppping and cleaning at the ponds

I then decided that weed wacking was my biggest other priority.  I attempted to swap the new head I had to purchase because I lost a spring the last time I weed wacked.  I now discovered that these heads were not transferable.  A phone call to Derrick for assistance told me that he wasn’t in the village to help me.  [A future visit to Derrick would show the weed eater heads were transferable.]

This afternoon I kept hearing Jill yelling.  “Arie get these cows out of here!” over and over.  At first because she wasn’t yelling help and I knew there were no cows running loose I tried to ignore her.  But eventually I attempted to see if I could figure out what was going on.  Looking through the trees Jill was lying on the ground yelling towards me “get these cows out of here!”  So, I walked over to her to see if she was OK because she lying on the ground.   I told her there was no cows running loose.  She told me that if I couldn’t see the cows, I was blind.  At that point she started yelling and swearing at me.  And at that point there was nothing for me to do.  I suspect she was lying on the ground because she was drunk. 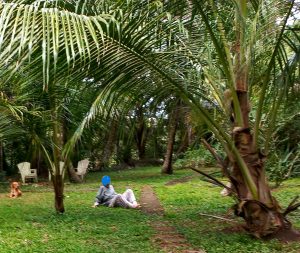 Too much rum I think

So, then I focused on my next priority to starting up my brand new chainsaw.  Except I couldn’t get it started.  I tried and tried.   So, from there I biked out to the hardware store.  I actually ended up running into the hardware store guy on the road.  After about 20 pulls he did get it started.  The trick was would it start up again when I got back to the house?  Biking back to the house tried to restart it with no luck.  So, I turned around and biked to the hardware store and ended up switching it for another chainsaw. That fiasco only took about 2 hours.  Because of the hour when I finally reached home, I decided to use the chainsaw at the ponds instead of the coconut field as to not get Jill upset over the chainsaw running.

I only cut for a fuel tanks worth of cutting.  At that point there was no point in walking all the way back to the house and back to retrieve more fuel so I did some chopping behind the house.

But all things considered it was not a very productive day at all. 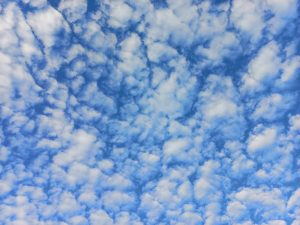 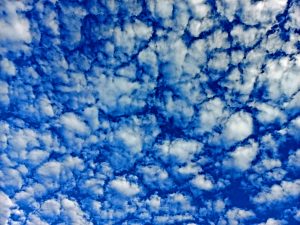 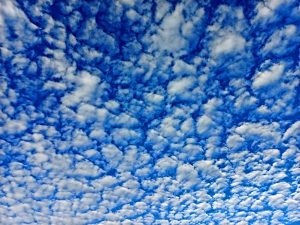