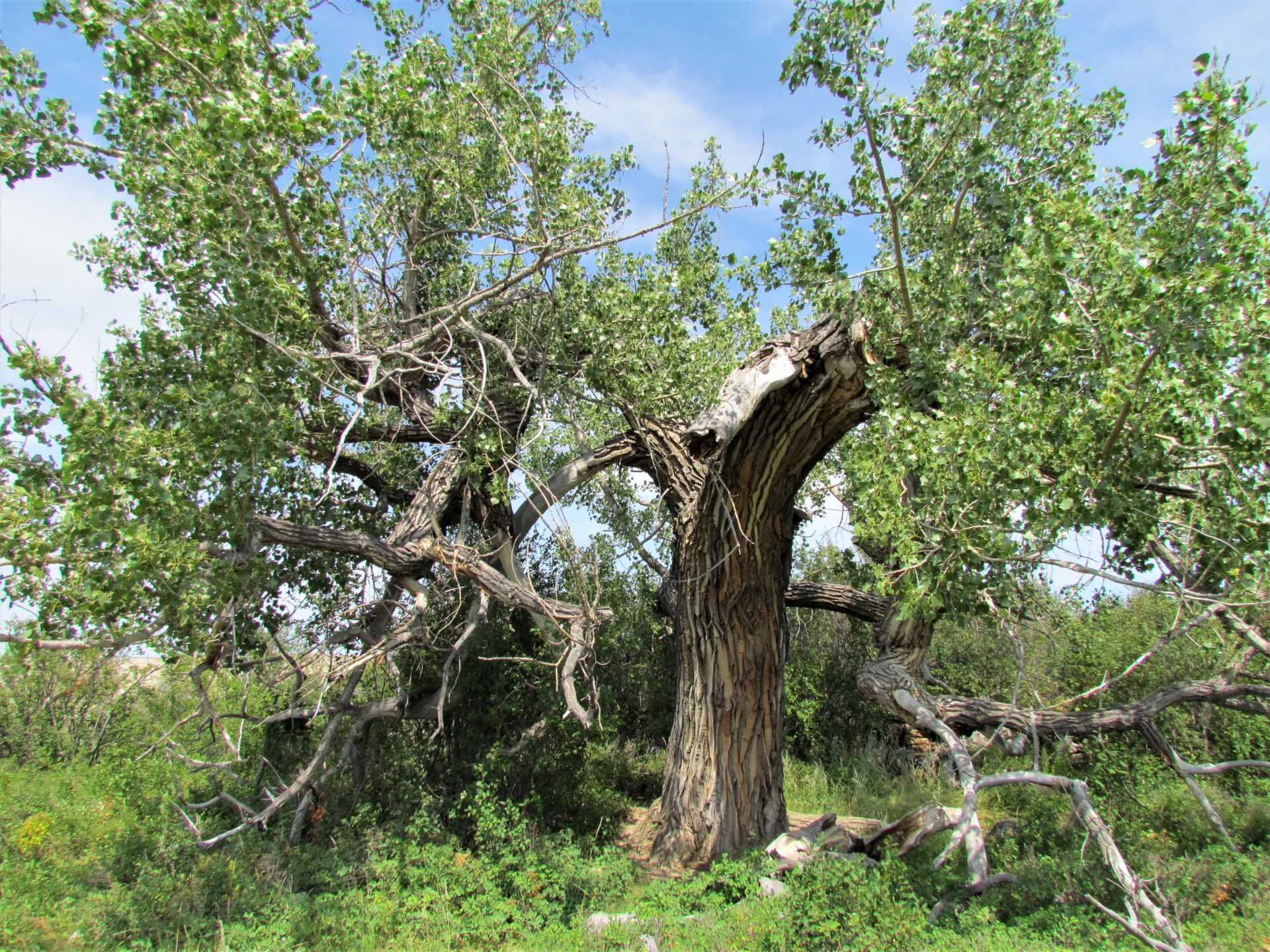 I came across this particular Plains Cottonwood Tree in Dinosaur Provincial Park.  The information plaque at this tree estimated the tree to be just over 200 years old.  And that it was likely a sapling when the first white man arrived in Alberta.  The Indigenous peoples known Plains Indians used these trees as burial places.  Apparently putting their dead on platforms in the trees.

Unfortunately for Cottonwood trees their roots must be able to remain in contact with the water table to survive.  In this particular place only a few 200 year old trees are still surviving and the forest is slowly being replaced by other species of vegetation. 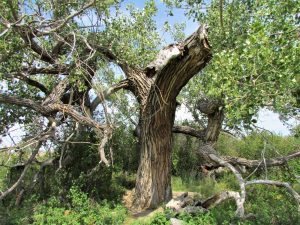 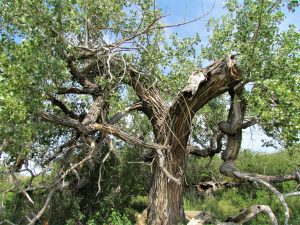 Cottonwoods is that Cottonwood forests are the only natural forest found on the prairies.   And because of their roots need to reach the water table they are mostly only found along river banks.

Being the only forests found on the prairies they are extremely important for wildlife.  In Alberta 72% of birds found in cottonwood forests depend exclusively on the tree stands for survival.  Altered river flows due to livestock grazing, crop production, dams, fire, and urban development are all contributing to the decline and unhealthy conditions of most of the remaining stands. 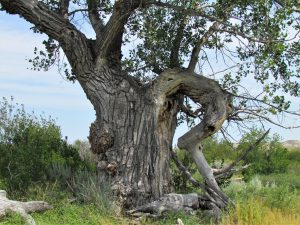 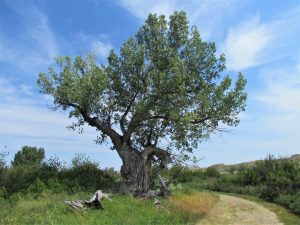 Another Cottonwood tree a few minutes down the trail

Truthfully until I visited Dinosaur Provincial Park, I hadn’t given too much notice to the Plains Cottonwood Tree.  That was until I was able to get up close to one.  This example of a Cottonwood tree was magnificent and I took over 20 photos of just this tree.  The bark was very thick and deeply grooved.  I totally appreciated running my had over the rough texture.  The branches had so many twists and knots.  Admittedly the cottonwood is what I would consider a “messy tree.”  With its dead branches attached and fallen from the tree.  It’s not exactly a tree one plants for landscaping purposes.  But its truly a tree to be appreciated.

I consider the Cottonwood tree to be one of the most unique trees I have ever appreciated up close.  Because of how far he now was from the river it was sad to look upon such an impressive tree to know that his days were likely numbered.