So whats going on in Belize? 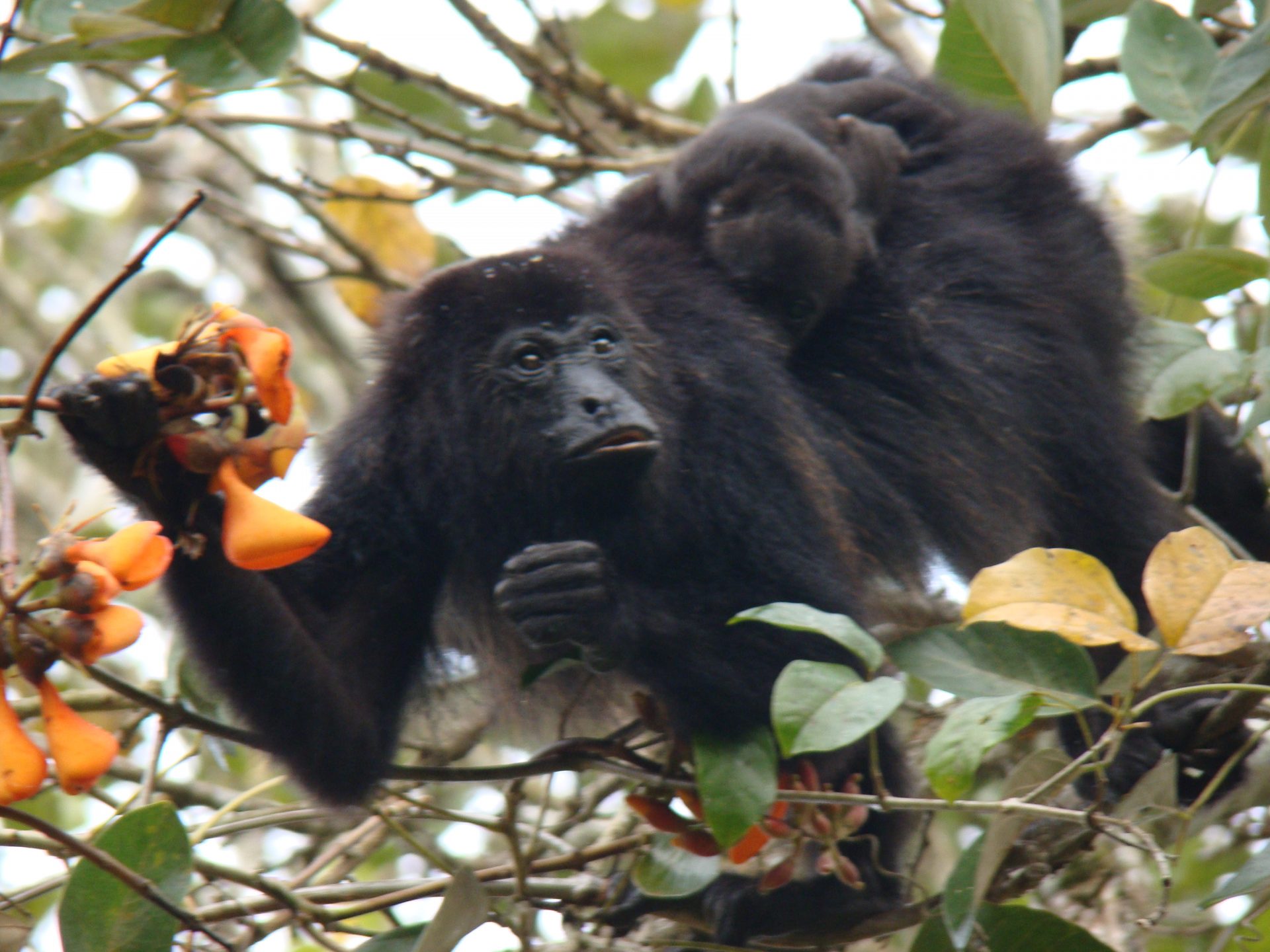 So it’s been almost 3 months since I arrived at my home in Belize after a little bit more than 2 years of biking across Canada and down through the USA and Mexico.  More or less only accomplishing about 50% of my original route and kilometers planned.

So, what’s been going on since then and what’s the future look like for me?

For me my home in the jungles of Belize is such a paradise for me that admittedly by the time I had arrived and leaned my bike against my house on November 25 I had already forgotten that I had just spent over 2 years of my life on my bike.  The following morning taking a walking tour around my farm it seemed pretty obvious that continuing my bike ride was going to be pretty impossible.  There was just too much work to do and to much maintenance required moving forward.  I was also more fatigued with travel than I was willing to admit.   I was a long haul truck driver for 6.5 years (1.2 million km’s driven) from early 2013 until the start of my bike ride in late 2019 and then 2 years on a bike. I had officially been homeless for over the last 4 years.  The nature, wildlife, birds, monkeys and solitude were what my soul was craving the most and my home provided all of that.

So, what was my plan then?

My plan was to maybe take it easy.  To take the time to let the experiences of my bike ride up to this point sink in.   Consider my future.  Consider writing projects.  And of course, figure out how to bike tour the rest of Belize.

The need to be outside among nature every waking moment doing hard physical labor took over me.  It was like a drug.  I was setting my alarm super early and working to utter exhaustion everyday.  My hands were covered in blisters and I woke up sore every morning.  I actually worked myself sick over Christmas.  For the 3 months I have been virtually completely focused on outdoor physical labor.

As far as my writing ambitions are concerned, its all I can do just keep up with my blog notes.  I have very little writing motivation.  Which actually bugs me a bit.  But I am thinking if this not where I am at then don’t push it.  Focus on the current ambitions and let the writing ambitions surface naturally.  Besides I don’t have a proper internet connection at this time to post blogs anyways.

What else has happened?  What about bike touring the rest of Belize?

So other things have happened as well.  Even though I am loving life living and working in the jungle I have had a fair amount of drama in my life over the last month and half.  I did have property managers for my home and property.  And admittedly there was growing tension between us over rising maintenance expenses.  I was growing increasingly frustrated at the money I was sending them every month.  I was actually wondering what things were going to be like between us upon my arrival.  Things seemed civil enough.  I had decided that I was going to stay in Belize and their services were no longer going to be required.  It looked like we would simply be neighbors that occasionally crossed paths on our road.

The husband had been planning to return to Canada for some time but had been continually delayed due to Covid-19 travel restrictions.  Right before Christmas he was able to get an unexpected last minute flight to Canada.  I for one was happy to see him leave.  But that is when everything went crazy.  A few days after his arrival in Canada he sent me an email about a final payment for services rendered to be given to his wife.  An inquiry as to why this final payment was so unexpectedly high lead to a response of just starting a war that I could not win.  Subsequent emails talked about attempting to send me to jail and fines if I did pay him a monthly extortion fee to support his wife while he was gone.  When those threats did not work on me, he threatened me with even more nefarious threats.  Its hard to threaten a person who has done nothing wrong and hasn’t even been to Belize in the last 3 years.

The worst part about all of this is that while he has been threatening me from behind his computer all cozy in Canada while his 74 year old wife is my neighbor.  She has been the true victim here and because of being left all by herself, the deep conflict her husband has created with me and her drinking and pot use she is actually going crazy, literally.  I can often hear her yelling and swearing at imaginary things from my house.  Last week I found her lying on the ground yelling for me to get some imaginary cows out of the yard.  She yells and swears at me quite regularly.

At the moment the drama between me and her husband has quieted down as there is little else he can threaten me with anymore.  But they currently are holding my business license for my Airbnb hostage.  MY business license is currently in the wife’s name but my lawyer is currently working on a way around that.

[I write about all of these threats and drama in more detail in my upcoming blog posts.]

So, regarding my future plans for bike touring the rest of Belize those plans are definitely on hold for maybe forever.  To give some context to where I live in relation to the main village.  I am at the dead end of a two mile dirt/mud road with 3 other people living on the farm.  (The farm has been surveyed and divided between me, my ex-property managers and the son of the original Belizean owner.  I have 41.75 acres; my property managers have 1.5 acres and the Belizean has 16.75 acres.)

I can’t ever trust my property mangers to ever set foot on my property again, the Belizean was stealing my coconuts while I was on my bike ride and I am 2 miles away from my closest neighbors.  I am actually writing this blog post while on a secret vacation no ones knows about on Caye Caulker.  So, in a sense I am a prisoner in my own paradise. (Not that I am complaining.)

A few other things

Back in November I reached out to a bike ride follower inquiring about a strange numbness in my left hand and arm.  He was able to diagnose my condition as paresthesia.  Paresthesia is an abnormal sensation of the skin which includes tingling and numbness.  This is a common condition for cyclists in their hands.  Three months later I still feel the tingling and numbness in my left 2 fingers.

Recently I reached out to the same person about a problem that I have been having with my feet.  I have been having this discomfort for as long as I have been in Belize.  He believes that I have Morton’s neuroma.  This is something he suffered with during his first year biking.  Morton’s Neuroma seems to be a condition that affects the planter nerve in your feet.  First thing in the morning I have a lot of discomfort walking.  So, I do have a few physical issues that seem to have resulted from my time on a bike.

I am focused on my farm.  I have done extensive work on my road.  I have separated my waterline from my property managers.  I am about half finished fencing my “developed” parts of my property.  I have spent a lot of time cleaning up my coconut field and am currently spending a lot of time cleaning up the land around my ponds.  I need these areas cleaned up for planting some future crops and trees.

I have been trying to get a proper internet connection since my arrival to Belize.  That is still in the works.  (Welcome to Belize.)  An old friend from my past put me onto an online English tutorial job with a company called Cambly.  It doesn’t pay great but you are paid by the minute and with an internet connection can you can work at anytime of the day whenever you want.  I have been spending a lot of money since the day I arrived home.  I need a source of income.

But spending even 5 minutes in front of the computer during the day sounds like a living hell let alone all day to make money.  This is also partly why I have been working so hard now.  I maybe stuck in front of the computer most of my days in the not-so-distant future.  But you have to do what you have to do.  If anyone else knows of any legit online jobs please message me.

I have also been trying to find guests or a roommate for my master bedroom with little success.  That would make a computer job unnecessary.  I had a few guests and a fellow cyclist stay with me for the month of January before he left to bike across Mexico.  So, I am also always looking for guests or a roommate.

Without a doubt I am loving my life in the jungle by myself.  But below the surface I often think I am just living a pipedream that will come to an end any day.  The drama from my ex-property managers has created a fair bit of mental fatigue for sure though their threats are laughable.  Living beside an elderly woman who is alone and mentally unstable is an accident waiting to happen any day.

I am trying to focus and concentrate on logical first and next steps but I often feel like I am off track even though logic dictates certain jobs and projects need to be accomplished before I can focus on long term future plans.  My future feels uncertain but I have no choice but to push forward.  As on my bike ride other than my random crossing with people I am alone and can only count on myself alone at the end of a dead end jungle road.

The Story of Belize

Come to Belize – the greatest country in the world