On July 22, 2020 I had the pleasure of visiting the Burrowing Owl Interpretive Centre in Moose Jaw Saskatchewan.  Who doesn’t love owls and the chance to see one or two?  I found out about the interpretive centre when someone told me about The Tunnels in Moose Jaw.

While searching the tunnels on Google and see what else Moose Jaw had to offer the Owl Interpretive Centre came up.  At the time the owl center was closed like The Tunnels.  But while staying with a host in Regina the website had since been updated that it was open by appointments only.

I arrived in Moose Jaw on July 21.  Initially I was headed to the main exit that was closest to the interpretive center as I didn’t have any other plans for Moose Jaw.  Coming into the city I saw a sign that mentioned Moose Jaw being famous for their murals. 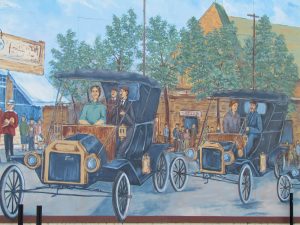 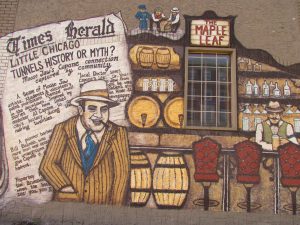 So with time to kill I headed for the downtown and found dozens and dozens of murals all over the city and spent hours finding and photographing them.  Then I made my way to Mac the Moose and the Snowbird plane over by where the interpretive centre was. 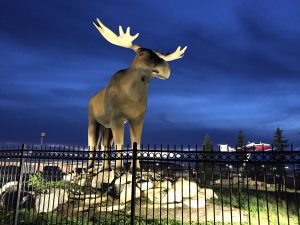 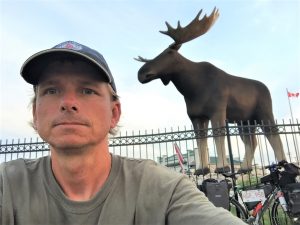 I made supper over by Mac the Moose and by the time I was ready to find a place to camp it was already dark.  I thought maybe I would camp near where the owl center was.  The area was fenced with even some trees.  About 5 minutes into setting up my tent security found me.  Apparently all that area was part of the Agriculture fairgrounds and apparently they have security.  Anyways after about a 7 minute phone call it was agreed that I could camp there tonight because I had an appointment to see the owls in the morning.  But perhaps I would recommend not to try camping on the grounds in the future. 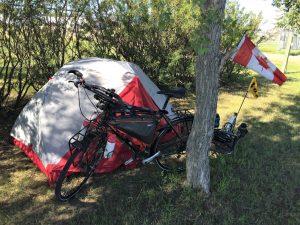 The next morning I got up at a reasonable early time (for me).  To check out the owls!

The Saskatchewan Burrowing Owl Interpretive Centre (SBOIC) was created to help promote the conservation of the endangered Burrowing Owl and their prairie habitat through education, stewardship and eco-tourism.  The Centre opened its gates to the public for the first time in the spring of 1997. 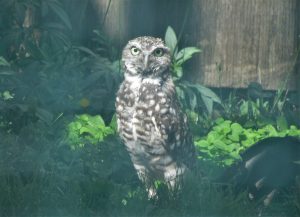 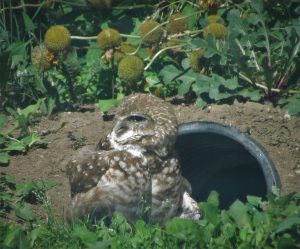 In the beginning, SBOIC consisted of a small interpretive centre that showcased pictures and displays, and was staffed by a single person.  Over the years the Centre has expanded to include a gift store, a larger display area, and a traveling educational program “Owls on Tour”.  The Centre is also the permanent home to a small captive population of owls.  I believe that at the time of my visit there were 9 Burrowing owls on display. 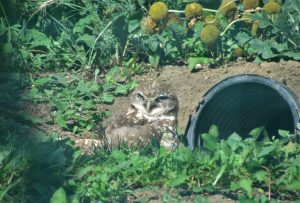 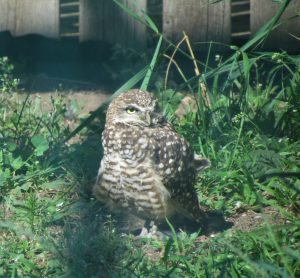 SBOIC is a non-profit organization which does not receive provincial or federal funding.  The Centre depends entirely upon the generosity of individual donors as well as funding through various educational and/or environmental grants.

I enjoyed my time checking out the owls.  Upon arriving Laurie who runs the centre greeted me and gave me a rough orientation of the grounds.  The place is not huge and I guess there is no reason for it to be huge.  I believe they have only about 9 owls on display.  The centre has a gift shop that was closed (due to Covid-19), they have an educational building that teaches and tells you all about the owls. And then they have a row of sufficiently large outdoor cages that house the owls. 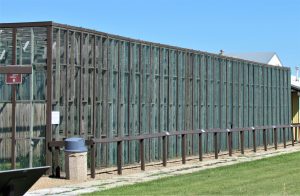 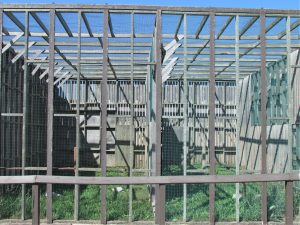 The owls can be challenging to see as they are “burrowing owls” and do live underground.  I believe they have 9 owls on display and I was able to see 7 of them. 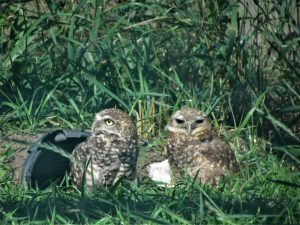 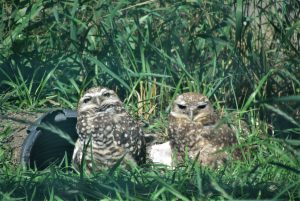 The status of Burrowing Owls in Canada

I did ask Laurie how many owls they believed still called Canada home.  I do not recall the exact numbers Laurie gave me.  I am going to cut and paste some info from www.canada.ca.  The link and more information on the Burrowing owl can be found HERE 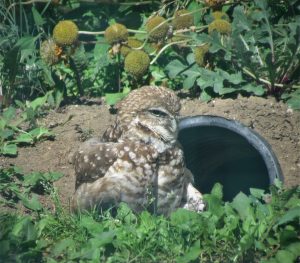 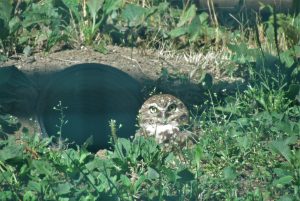 Burrowing Owls are widely distributed within appropriate habitat in the Americas, from Canada to southern South America.  In Canada, they have a disjunct breeding distribution.  A small (reintroduced) population breeds in the Thompson-Nicola and Okanagan valleys of south central British Columbia, while the main prairie population breeds from south central Alberta east through southern Saskatchewan.  A small number of reintroduced pairs have reoccupied southwestern Manitoba after being extirpated as a breeding species there for a number of years.

The breeding range of Burrowing Owls in Canada has shrunk in the past 40 years to less than half of the range occupied in the 1970s, and to only one-third of the range occupied in the early 1900s. Data from intensive and extensive Burrowing Owl surveys suggest a continuing significant decrease in density in all areas of prairie Canada over the past 40 years, including a 90% population decline from 1990 to 2000, and further declines from 2005-2015 of 76% in Saskatchewan and 45% in Alberta. 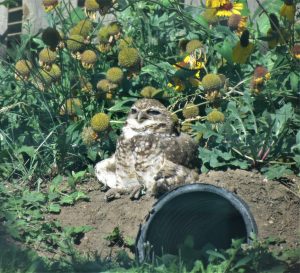 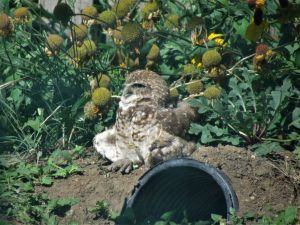 I spent at least an hour plus wandering the centre and grounds.  It was clean and neat and the owls looked well taken care of.  I was able to view 7 of the 9 owls on display.  I believe that to be an average viewing success.  It is and was a bit difficult to take photos due to the mesh fencing materials.  I was able to take few good photos by zooming right in.  The owls utilize man made burrows and I imagine that it is always possible the greater population is in hiding at the time of ones visit?  But odds are good to see most of them.

I suggest a visit to check out the owls! There website is https://www.skburrowingowl.ca/