‘Interesting to see where all this leads’ 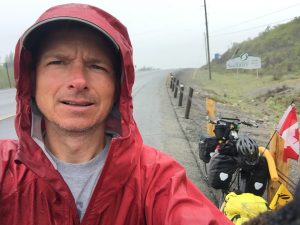 The 47-year-old Grimsby, Ont., native completed a 6,500-kilometre trek across the northwestern part of the country back in 2011, and is now more than 5,500 into a truly epic journey that will see him head across much of the nation again, before travelling south, all the way to the tip of Argentina.