The Mahogany Tree of Belize 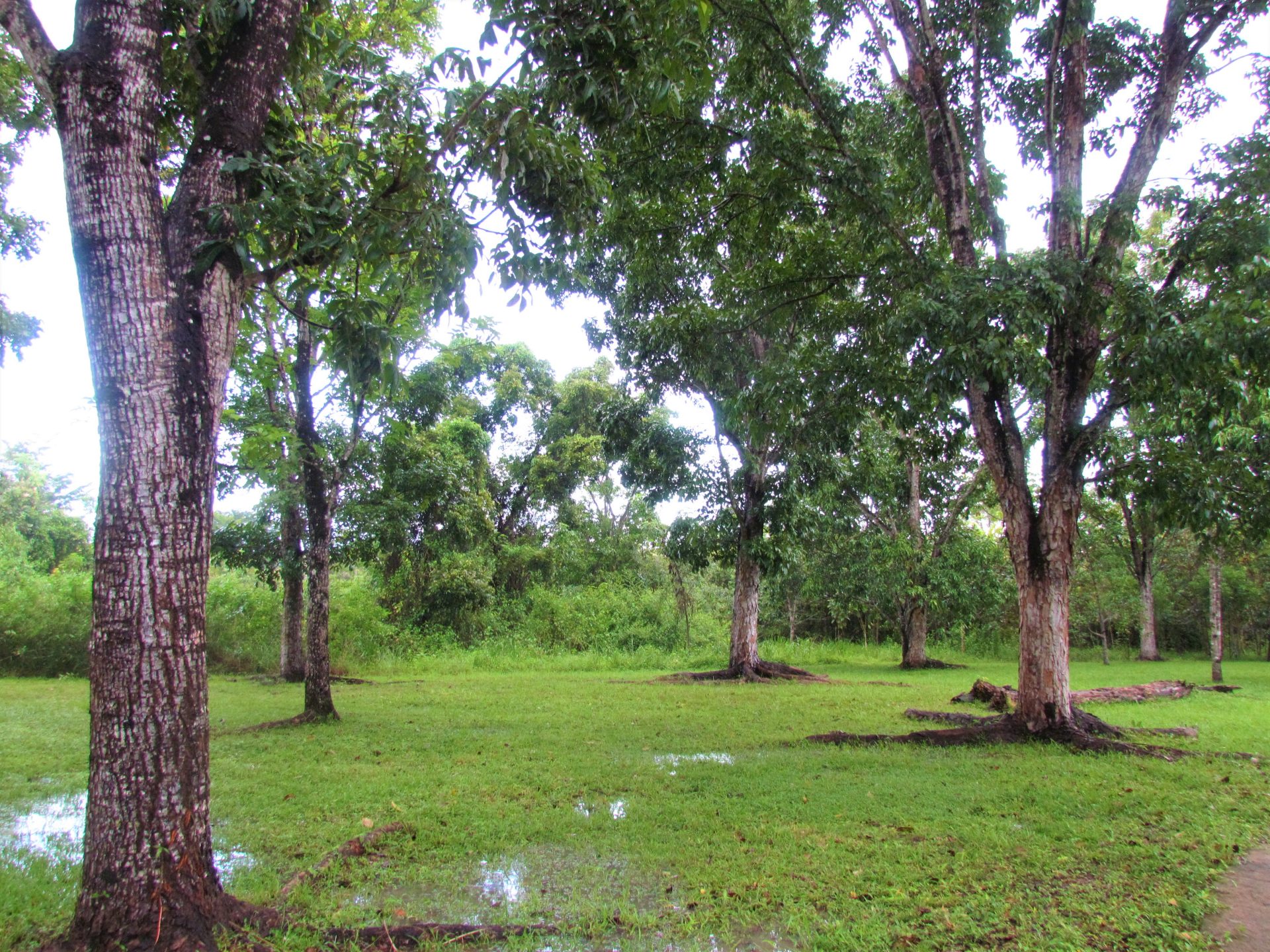 This is a blog post to help organize all my personal and online research notes of the Mahogany tree of Belize in one place.

Disclosure: The purpose of this post is not about writing a post but keeping all my notes I deem significant to me organized and being able to share the information at the same time for those interested.  Most of these notes have been “cut & pasted” from other websites.  It’s actually how funny when you notice most of all the information out there is cut and pasted from other websites.  At least I will disclose that.  The websites used are linked at the bottom. 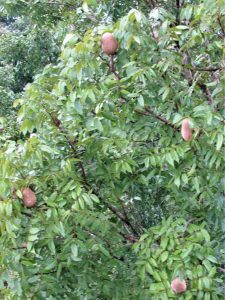 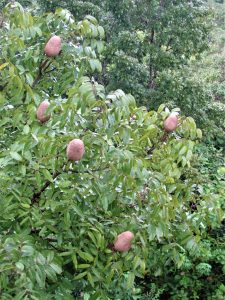 Mahogany’s are part of three tropical hardwood species of the genus Swietenia, found in the Americas

The three species are:

The Mahogany Tree of Belize is Belize’s national and most significant tree.  British settlers exploited the forest for mahogany, beginning around the middle of the 17th century.  The mahogany tree forms part of Belize’s Coat of Arms. 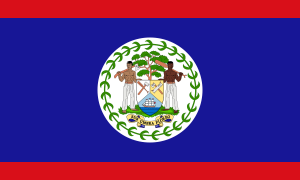 The shield of the Coat of Arms

The shield of the Coat of Arms is divided into three sections. The base section represents a ship in full sail on waves of the sea. The two upper sections show tools of the timber industry in Belize: a paddle and a squaring axe in the right section and a saw and an axe. 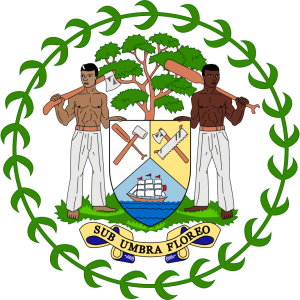 Above the shield rises a mahogany tree. Below the shield is the motto scroll.  A wreath of leaves encircles the Coat of Arms. The motto says: “Sub Umbra Florero”, meaning “Under the shade I flourish.” The Coat of Arms embodies an important aspect of the history of Belize, as the mahogany industry formed the basis of our economy in the 18th and 19th centuries.

Honduran or big-leaf mahogany (Swietenia macrophylla) in 2003 was declared an Appendix II CITES species, apparently the first time that a high-volume, high-value tree was listed on CITIES Appendix II.

The trees are also raised and harvested for their hard, durable wood. It is used to make cabinets and furniture. The species is getting increasingly rare and has been added to Florida’s endangered species list.

Mahogany wood is said to be valued at four times the price of any other wood.

The leading importer of mahogany is the United States, followed by Britain; while the largest exporter today is Peru, which surpassed Brazil after that country banned mahogany exports in 2001. 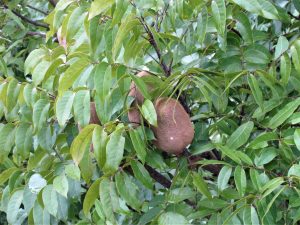 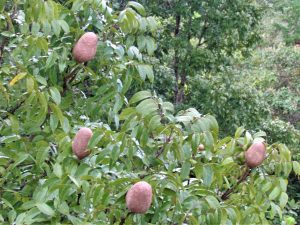 It is estimated that some 80 or 90 percent of Peruvian mahogany exported to the United States is illegally harvested.  With the economic cost of illegal logging in Peru placed conservatively at $40–70 million USD annually.  It was estimated that in 2000, some 57,000 mahogany trees were harvested to supply the U.S. furniture trade alone.

Mahogany trees can grow up to 200 ft and 6+ feet in truck diameter but smaller trees are obviously more common.

These trees are a slow-growing tree that can live up to 350 years. The mahogany tree matures in 60 to 80 years

Mahogany trees will start to flower at 7-9 years.  The blossoms are either white or yellow-green and grow in clusters. Both male and female flowers grow on the same tree. You can tell male from female flowers because male stamens are tube-shaped.

The Mahogany tree of Belize blooms from April to June. It attracts moths and small bees which are responsible for pollination of flowers.

Seed pods are brown and pear-shaped and grow up to 7 inches (12.7 cm.) long.  The fruits usually ripen from January to March.  Seed dispersal is generally during the dry season.  The dry season in Belize is March to June. 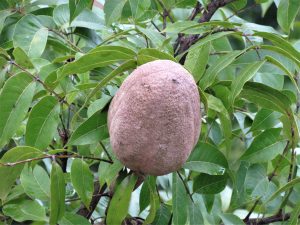 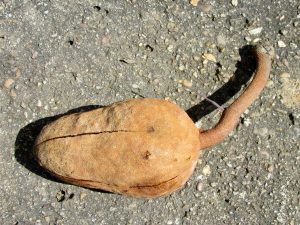 Lumber Description: Mahogany lumber has a straight, fine, and even grain, and is relatively free of voids and pockets and resists wood rot. Its reddish-brown color darkens over time, and displays a reddish sheen when polished. It has excellent work ability, and is very durable. Historically, the tree’s girth allowed for wide boards from traditional mahogany species. These properties make it a favorable wood for crafting cabinets and furniture,boasts and musical instruments.

A Mahogany tree has the potential of producing 1,000 seeds a year and over the next 5 years potentially 25,000 seeds I believe.  A seed pod is usually filled with up to 71 seeds.

Mahogany seeds should soaked overnight for at least 12 hours before planting. A good rule of thumb is to plant 2 or 3 seeds together to ensure you get at least one tree to grow.  The seeds are not viable for long (they are able to germinate only during the first rainy season). 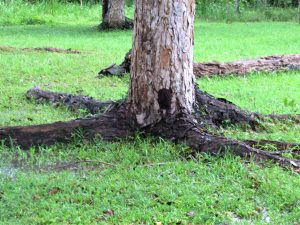 The Mahogany Tree of Belize

The mahogany tree grows best in areas exposed to direct sunlight throughout the day; however, they can also tolerate partially shaded locations. The best soil for growing mahogany trees is well-drained, with a comparatively high concentration of organic matter. Mahogany trees can tolerate soils that are mildly acidic or alkaline, and they grow well near coastal areas that are exposed to salt spray. The mahogany tree also has a high tolerance for drought and does not perform well in locations where the soil is consistently wet. Mahogany’s don’t like standing water.

This tree suffers from a number of pests, including tent caterpillars, webworm, leaf notcher, scale insects, leaf miners and tip moth. Wood-boring insects can also pose a problem in trees that are under stress from poor nutrition or dehydration. In most cases these pests cause only cosmetic damage and do not pose a significant threat to a healthy tree. 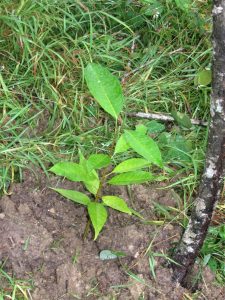 Some Belize Notes: www.yaaxche.org biggest challenge at their nursery are stem-borers and they affect not only Mahogany seedlings but other species as well.  Watch out for stem borers that enter the crown.

Mahogany seeds are commonly used as herbal remedies that help improve blood circulation, treat diabetes, and cure impotence. However, scientific measures that confirm its efficacy as an herbal remedy are still weak.

The seeds of mahogany fruit contain at least three active ingredients that are beneficial for health: flavonoids, saponins, and alkaloids 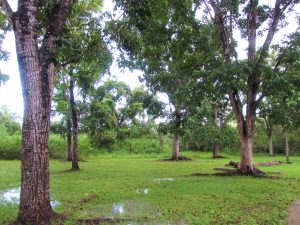 The National Symbol of Belize 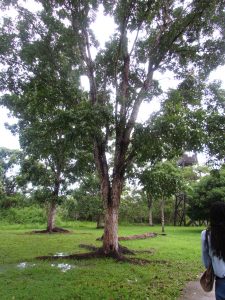 The Story of Belize

How I plan to save the planet