I don’t trust anyone 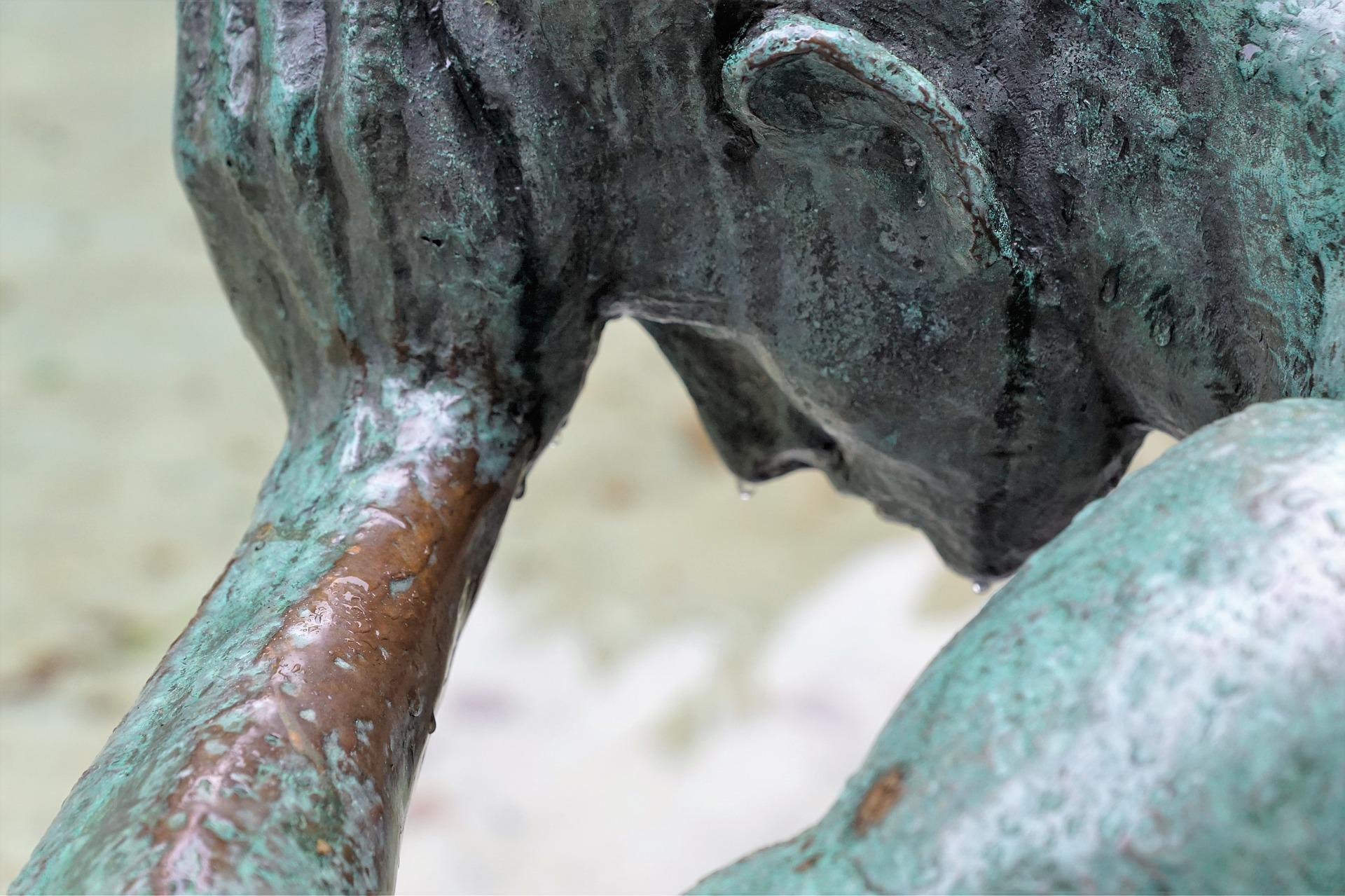 I was bullied almost everyday of my life from grade 1 to grade 12.  I was even bullied when I was 37 years old (but that’s another story).  I am not entirely sure if there is a connection between trust and being bullied but I had virtually no friends throughout all my school years.

In grade 9 I actually had a best friend.  Before that I don’t even remember if I had a best friend in my life.  My grade 9 friends connection was turtles.  I was so in love with turtles and this guy kept turtles as pets.  Anyways, my best friend and I were instantly inseparable.  That was until some point in grade 10.  I will never forget the day.  I was doing some homework in the library and my friend comes in and sits down.  We exchanged greetings and then he asked me if I knew what day it was.  I had no idea.  I think he asked me 3 times what day it was.  Finally, he told me that it was his birthday.  I apologized profusely for my oversight.  My friend was beyond shocked at my oversight.  He looked at me, he stood up and walked away, never to talk to me again.

Interpret this story as you wish, but that exaggerated response to something so meaningless or sudden friendship abandonment for no known reason has become my reality and pattern with people ever since that day.  I could give at least a dozen more such stories.  Now has that happened with every single friend of mine?  No, of course not.  I also realize that all friends are not meant to be life-long friends either.  But in my world, I rarely put people in a position to abandon me (meaning that I keep friendships real casual) or I am always emotionally prepared or I also keep people at an arms length away.  My other mode of defense is that I assume and expect such behavior from people so at all costs I do my best to never put myself in a situation of ever needing a particular person in my life.  Does this mean I have no cherished friendships?  No not at all.  I just secretly cherish them and I am intentional about not taking people or friends for granted.  I should also mention that I don’t really blame people for this situation of abandonment.  I believe in the super natural forces of good and evil.  And if people take the time to consider the personal attacks and wounds, they have received over there lifetime usually there is a pattern.  These attacks of evil are usually pretty consistent, precise and not random.

On three separate occasions I reached out to Christian pastoral staff/leadership for counsel and mentorship.  The first time I identified someone who was actually like a friend, who was a real people person that had a genuine love for people and to be around people.  A genuine Christian that had something that I had never experienced before.  I don’t know if he has any official title but everyone knew him.  I built up the courage and approached him.  I told him that he had something inside of him that I didn’t.  Could he spend time with me to help me.  The poor guy practically died on the spot all embarrassed, told me that he had nothing he could help me with or offer and walked away instantly.

It took a few months to build up the courage again but I was determined, a few months later I sent an email to my pastor explaining my situation and the need for some kind of male mentor.  I sent an email as I have a way with articulating myself better in a letter.  I didn’t want any potential misunderstanding.  It took her about a month to finally sit down with me over a coffee.  She proceeded to tell me in all her years as a pastor the letter I wrote was one of the most beautiful letters she had ever read, but no she could not help me.

Many years later, to another pastor I reached out and explained my history of abandonment and being dismissed and more importantly was trying to make sense of an extremely painful experience in my life.  I was promised a return phone call that never came.

Fast forward maybe a year later and I embark on this crazy bike ride in 2019 and it evolved into this ultra social and hosting experience.  I would have 86 hosts and meet hundreds and hundreds of people over 2 years.  More acts of generosity than I can count.  I never connected with so many people in my life.  And I was never so social in my life.  A completely mind-blowing experience when it came to meeting people.  And 6 months after my bike ride ended, I trust people even less than before.  How did this happen? Between a lifetime of experiences there are 3 main instances connected to my bike ride.

The first instance was when an older gentleman took an interest in my ride and particularly my [life] story.  He became like an actual mentor to me.  He recognized mutual personal challenges in his life from when he was a younger man.  So, I let him into my life (the best I could) because I actually needed what he had to offer.  He told me there was no judgment and he wanted nothing from me other than to be my friend.  Until one day.  One morning I woke up to an email from him telling me that he had concluded that somehow, I was “not” a good person and that he was breaking all communication off with me.  And that was it.

The second instance was 4 months after my bike ride finished but involved a bunch of my followers, but specifically people who had hosted me.  In late March 2022 Canada had a Freedom Convoy of trucks cross Canada from Vancouver to Ottawa for the purpose of freedom from government overreach.  It was the proudest I had ever been as a Canadian.  Canadian unity was at its highest in the country but the convoy also created division in the country.  So many people were disgusted with me for supporting freedom and our Canadian Charter Rights. (???)  People messaged me about how they “supported” my bike ride but if they had known I supported a freedom protest…. In other words, their “support” was conditional that I think and have the same beliefs as them.  There was no room for “agree to disagree.”  With handful of my hosts, I had to beg them to agree to disagree.  Some agreed but some simply could not.  It was a real eye opener to see all this division.  In my life it would not occur to me to unfriend someone for different political or religious beliefs.   But during those days I would see “conditional” friendship and support first hand.  It made me wonder about a lot of things.

Not as significant as both those instances but during my bike ride I had a hand full people take the time and reach out and tell me how inspired they were about my bike ride and they really wanted to help in some form or another financially or expand the message of human generosity. They were really inspired by the social and human response my bike ride was generating.  No one ever came through, often never hearing from them ever again after our initial conversation.

Since arriving in Belize I have had 2 main challenges with trust.  First, shortly after my arrival to Belize my ex-property managers turned against me and literally declared “war” against me.  Admittedly there was already some tension between us, but not enough to start a “war” over.  Fortunately, things are pretty quiet on that front because they pretty much lost the “war” before they could start it.  But I will forever have to watch my back and stuff.  And so ended a relationship that had been going for over 30 years!

Secondly, and no surprise living in Belize but my white skin is the perfect excuse to try to make a few extra dollars off of.  A few failed attempts have been made so far.  And I am basically forced to trust almost no one here.

To add to my experiences for not trusting people but turned into a blog post all of its own is The Elephant in My Room that can be found HERE.

Disclosure: first and foremost, I acknowledge that there are people in the world with far worse stories, events and situations in their lives.  You simply have to look no further than the Ukraine.  This post is not about woe is me.  I also realize that all I have to do is change my attitude and my life will be perfect just like yours.

The purpose of this writing is to help process what is going through my head to actually help change my attitudes.  And to simply disclose the challenges of trying to start a life in an isolated, third world environment.  I also find that writing about these things goes along way to put my anxieties into context resulting in a better more constructive perspective about my life.