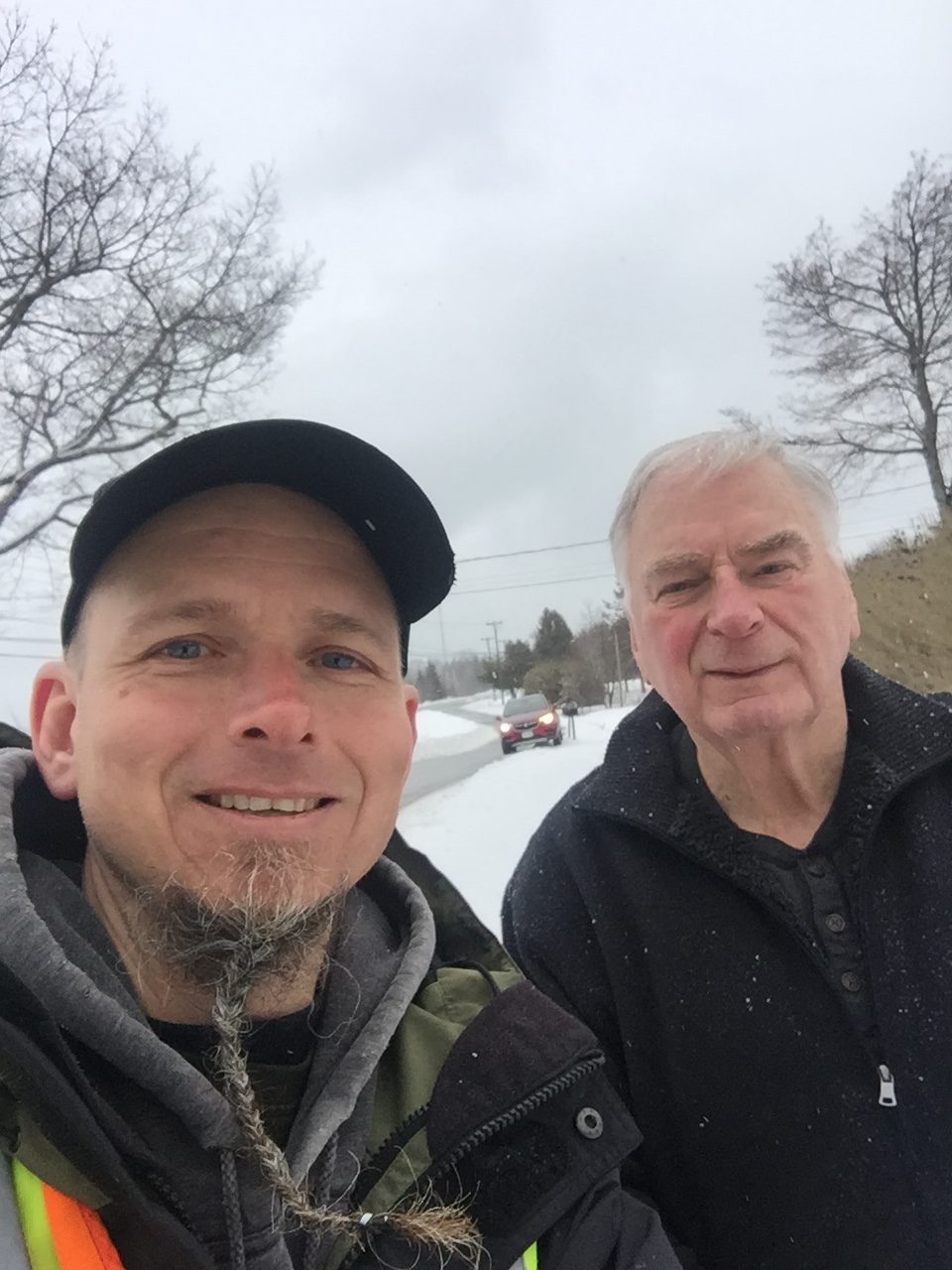 I was pedaling along the Saint John River when a gentleman called out to me and I u-turned into his driveway. His name was Russ Newman. Russ was an American that spent 2 tours in Vietnam and had been pole/hydro worker in New Brunswick ever since the war. Russ had one of the kindest souls I had ever met in a person and it was a true honour to have met him.