Marian Girroir gave me the hat off her head 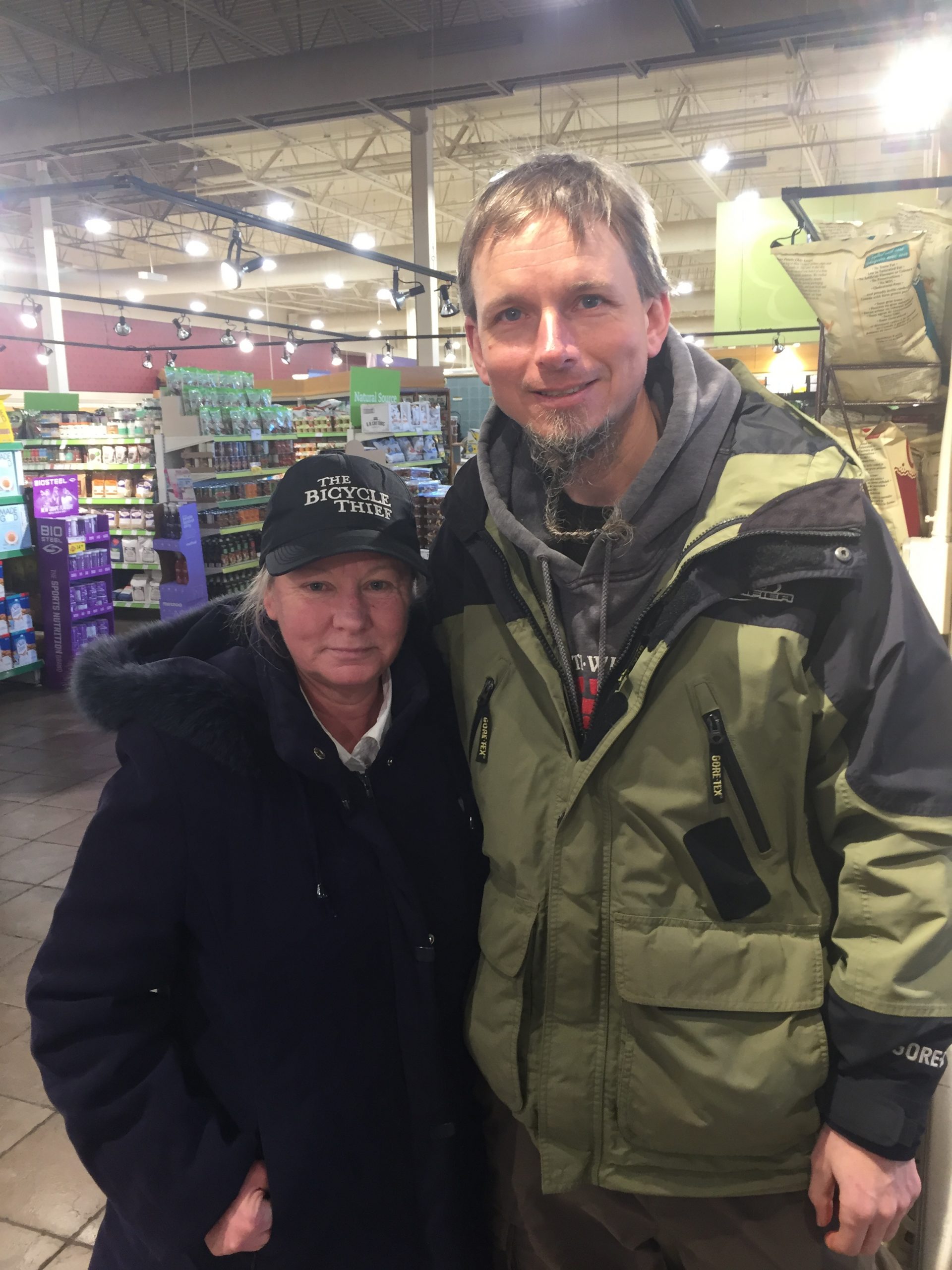 In the grocery store both me and Dale Spence spotted this woman with the coolest baseball hat that said “The Bicycle Thief.” I remember seeing the hat and before my mind could process “that is the coolest hat” Dale was asking her if he could show that hat to me. And before Dale could finish the sentence that I was biking across Canada she handed the hat to me asking me if I wanted it! Her name was Marian Girroir of Antigonish and her generosity blew me away.

I was able to convince her to take a photo with me if we put the hat back on her head.