Dawn, Harrison & Will of Kamloops BC 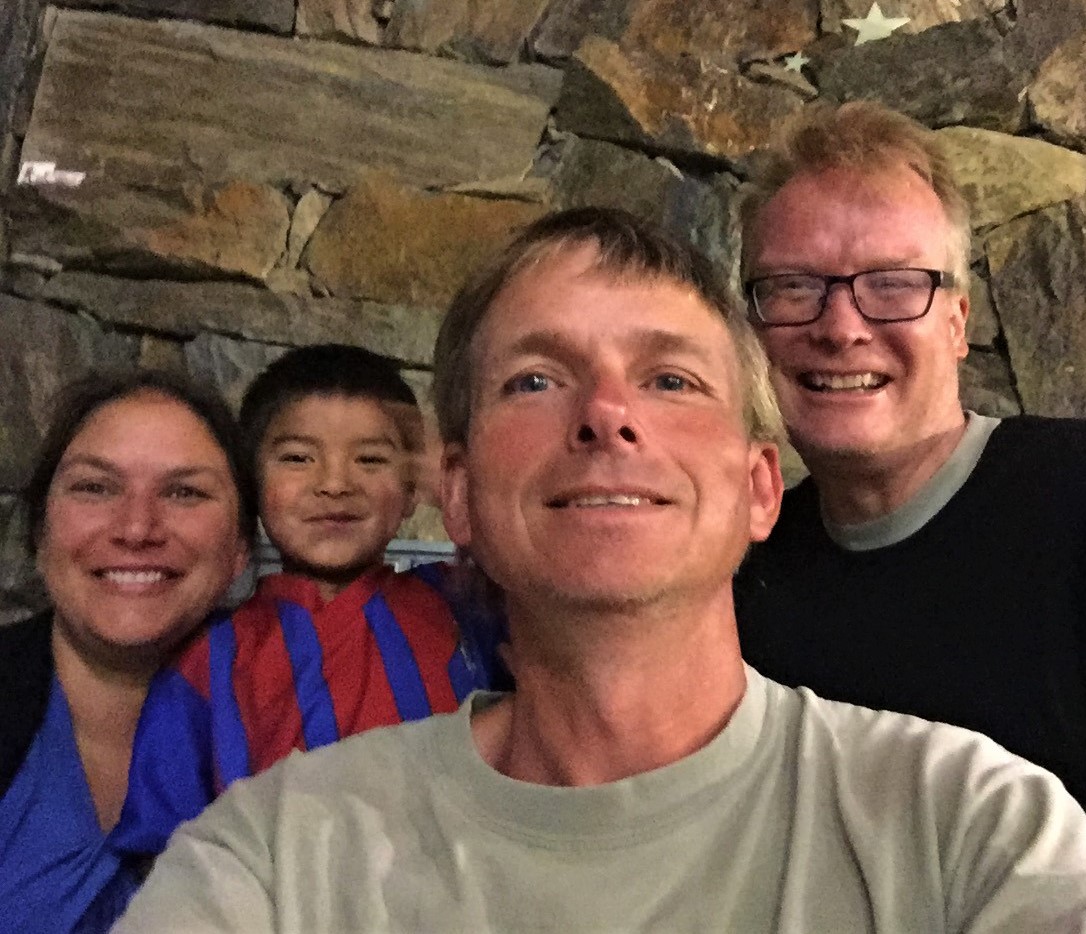 I stayed with this really nice family for 2 nights.  Dawn is originally from Halifax Nova Scotia and spent much of her early years biking and bike touring.  It was awesome to talk bike touring.  Dawn is also a pretty darn good bike mechanic.

Meeting Dawn was thanks to a previous host and super fan – Dale Spence.  Dale and another host Wayne Arrowsmith years ago had cycle toured with Dawn. 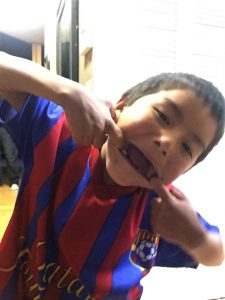 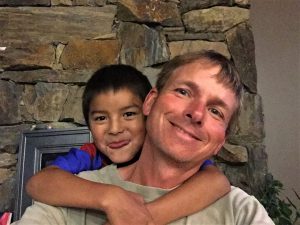 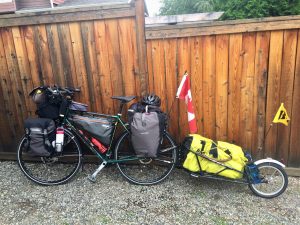 Loaded up in their driveway 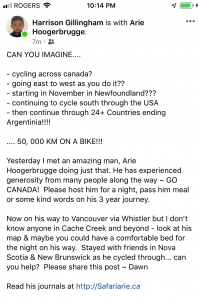 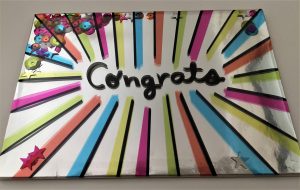 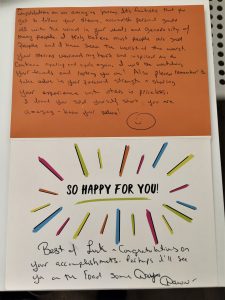 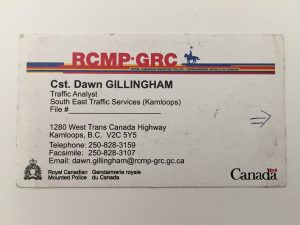 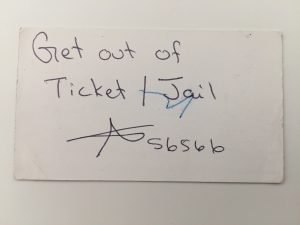 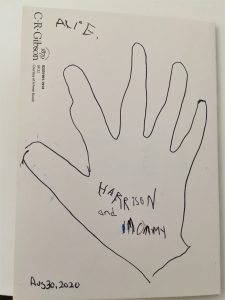 Days later a card was discovered in my bar bag

Dawn was able to get me a host in White Rock Patty Walters on September 17, 2020.