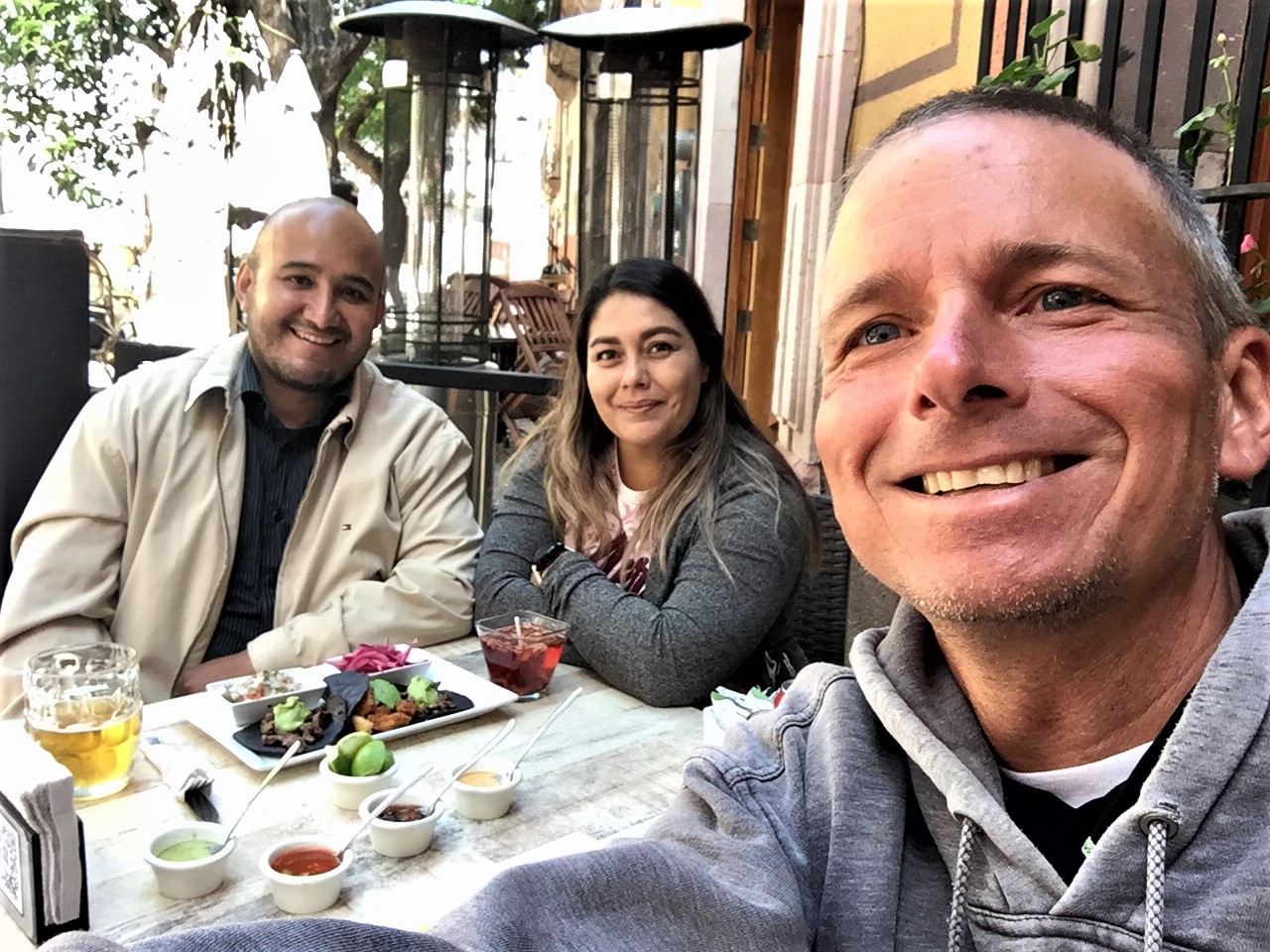 On September 7 as I was preparing to leave Fresnillo I snapped a bolt on my crank.  There was a bike shop less than 2 km’s from the fire station that was hosting me.  The bike shop was owned and run by Cynthia Rocha.  Because Cynthia did not know English she called her husband Carlos who spoke English for help translation.

During my conversation with Carlos he asked me what city I was headed to and if I had a host.  While the bike shop looked at my bike Carlos made arrangements with Paty of Zacatecas to host me.  Three days later while I was randomly exploring Zacatecas I heard my name being called out.  I turned to see a couple coming towards me.  The man (Carlos) said that i had met his wife a few days ago at her bike shop.  I than turned to him and said “that would make you the husband that was acting as translator”.

Carlos and Cynthia treated me to a nice lunch. 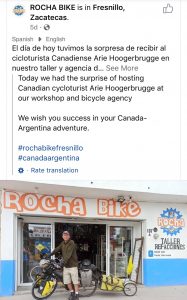 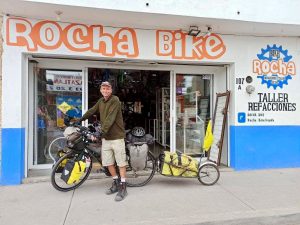